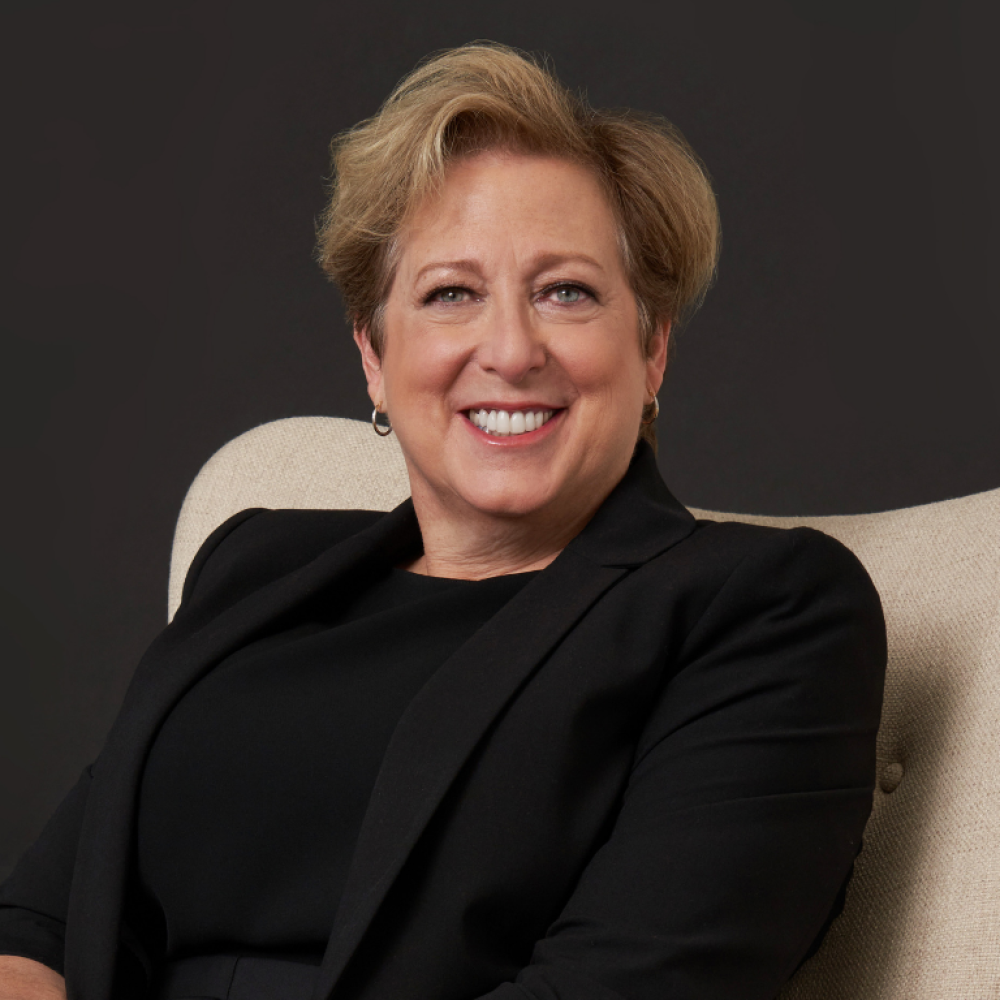 Caryl M. Stern serves as Executive Director of the Walton Family Foundation, a position she has held since 2020. She is a former President and CEO of UNICEF USA.

An author, activist and global advocate for the health and well-being of children, Caryl has dedicated her career to helping others through education, compassion and the expansion of civil rights.

Since joining the foundation, Caryl has led its work to create opportunity for people through collaboration and community-led change. She has written and spoken extensively on how philanthropy must bridge divides, embrace diverse voices and pursue innovation to find common solutions that help people achieve their ambitions. Rooted in a belief in listening to and learning from those closest to the challenges, the foundation is leading change that ensures high-quality education for all children, protects our environment and builds vibrant, inclusive communities.

At UNICEF USA, Caryl represented the organization’s emergency relief efforts for children affected by disasters, including the 2010 Haiti earthquake, the 2011 East Africa drought, the Ebola and Zika epidemics and the ongoing global refugee and migrant crisis. Previously, Caryl served as Senior Associate National Director and Chief Operating Officer at the Anti-Defamation League, the founding director of its A WORLD OF DIFFERENCE® Institute and the Dean of Students at Polytechnic University.

A sought-after public speaker on Kids Helping Kids, children and philanthropy, anti-bullying and international development, Caryl presented at the White House’s inaugural summit on The United State of Women. She was named one of “25 Women Changing the World in 2017” by People Magazine, “20 Most Influential Moms of 2017” by Family Circle, “25 Moms We Love” by Working Mother Magazine and “Ten Women to Watch” by Jewish Women International.

Caryl serves on the boards of directors of The Container Store and the We Are Family Foundation, in addition to being a member of the Chime for Change Advisory Board and the Philanthropic Impact Advisory Council at Athletes’ Voices. She was selected as a recipient of the Helenka Pantaleoni Humanitarian Award from UNICEF USA in 2020 and named a Moves Power Women honoree in 2020. The recipient of five honorary Doctoral degrees, Caryl earned a Bachelor’s Degree in Studio Art, a Master’s Degree in College Student Personnel Administration and completed her PhD coursework in the same field.

Caryl is a mother of three and grandmother of two.