As tensions rise between the United States and China over trade and tariffs, the Walton Family Foundation released a new research brief highlighting the negative impact in counties across the American Heartland. Already, the Heartland Economy lags behind Coastal states and new tariffs threaten to expand that gap even more.

According to the research brief by the Foundation researchers DeVol and Jonas Crews, the five most severely affected crops—corn, cotton, rice, soybeans, and wheat—have been subjected to additional 25 percent tariffs by China. In addition, the intensity of production for the rest of the country pales in comparison to that of the Heartland; among the top 20 percent of counties with reported data, 89 percent are in the Heartland. Further, 78 of the 82 counties with per-capita production values over $20,000 are in the Heartland, and two of the non-Heartland counties border a Heartland state. 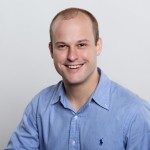