Micropolitan Success Stories from the Heartland

The American heartland has experienced weaker economic growth than the East and West Coasts since the Great Recession ended in 2009. The factors responsible for this divergence in economic performance can be debated, but the middle of the nation has lagged behind. Economic divergence appears most prevalent among smaller communities in the non-coastal areas of the country but is present in small and medium-sized metropolitan areas. However, several smaller communities (micropolitan areas) in the Heartland have outperformed the nation and most micropolitan areas on the Coasts. 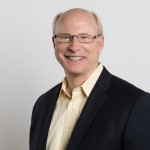