For Luke Wetzel, happiness is a hot pizza and a cold beer after a long ride. Turns out, the same is true for many of his customers at Oven & Tap Restaurant.

In its three years of operation, the downtown Bentonville establishment has become a favorite dining spot and watering hole for locals and out-of-towners who have made Northwest Arkansas one of the country’s most popular cycling destinations.

“When it’s nice outside, we’ve always got bikes on the deck or parked on the bike rack in front of the restaurant. There are always people in gear sitting around the restaurant,” says Luke, Oven & Tap’s owner.

“You see this spark of activity on the trails – and we see noticeable upticks in business.”

Luke says the region’s growing network of natural-surface mountain biking trails and shared-use paved paths has been “instrumental to the success” of the restaurant, which serves wood-fired pizzas and craft brews at its location near Bentonville’s city square.

Indeed, the economic impact of trail development is felt across Northwest Arkansas.

According to a new study by the Walton Family Foundation and PeopleForBikes, bicycling generated $137 million in economic benefits to the region in 2017 alone.

A second study analyzing trail usage found a 24% increase in average annual bicycle trail usage from 2015 to 2017. Pedestrian use of trails also jumped, by 10%.

The popularity of the trails is driving many decisions about where entrepreneurs locate businesses and where residents choose to live.

Fayetteville-based Specialized Real Estate Group, for example, says it has developed its business model around building environmentally-friendly apartments in close proximity to trails like the Razorback Regional Greenway, the 36-mile-long paved trail that links major cities in the region.

Since 2010, Specialized has built more than 1,700 LEED-certified housing units close to the trail system, including several that have private trail spurs connecting directly to the Greenway.

A new 252-unit project under construction in Bentonville will include a bike path extending through the property and specially-designed bike storage.

“The trails are absolutely vital to our business. It’s one of our key considerations in looking at new sites for development,” says Sarah King, a company spokeswoman.

Retailers, too, are catering to trail users. They cited the economic impact of having bicyclists as customers, accessibility to trails for staff and high visibility for their businesses.

Bobby Cristelous, owner of Bentonville’s Three Dog Bakery, says “trails have benefitted us tremendously.” The boutique pet store, which specializes in fresh-baked treats for dogs, is near access points for the Razorback Greenway and trailheads to the Slaughter Pen mountain bike trail network.

Three Dog Bakery saw business spike during the 2016 International Mountain Bike Association summit in Bentonville, says Bobby. And there is steady traffic from cyclists who finish rides in the city or shop at local bike stores, like Phat Tire, which is located just a few doors down.

To meet the tastes of his outdoorsy customers and their pets, Bobby has changed his store’s inventory to carry fewer fashion-related collars and leashes and more performance-based products.

For Luke, owner of Oven & Tap, the value that trails bring to Northwest Arkansas goes beyond dollars and cents.

There has a been a cultural shift as well toward a more healthy, active lifestyle in the region. The economic impact study found bicycling generates $86 million annually in health-related benefits to Northwest Arkansas.

“It drives this energy that everyone begins to benefit from,” says Luke, an avid mountain biker whose restaurant this year began sponsoring a local racing team.

“This is a unique and special setting for mountain biking. You can ride your bike in and out of downtown, then have a beer and a delicious meal and talk about your ride. That’s a really desirable amenity to have in a community.” 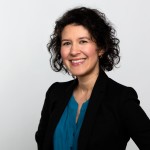 Karen Minkel
Home Region Program Director
Karen Minkel is responsible for work with grantees focused on quality of life initiatives in Northwest Arkansas and the Delta Region of Arkansas and Mississippi.
Comments
Log in to post a comment...
Recent Stories