For Students at Home, Theater Education ‘Plays On’

How can a theater continue to inspire creativity when a global pandemic shuts down live performances?

This was the question executive director Martin Miller and the team at TheatreSquared in Fayetteville, Arkansas, set about to answer in March.

“In many ways theater is the opposite of this pandemic,” says Martin. “Bringing people together is a huge part of what makes this such an electric experience. But our team is an exceptional bunch, and we quickly turned to what we can do to be of service to the community.”

As the costume department pivoted to mask-making for the Washington Regional Medical Center, the theater’s education staff devised a new online content platform for teachers and students in middle and high school aptly named Play On.

Each morning, Play On’s web series offers a glimpse into how a professional theater operates, with installments from actors and playwrights to set designers, technicians and administrators. 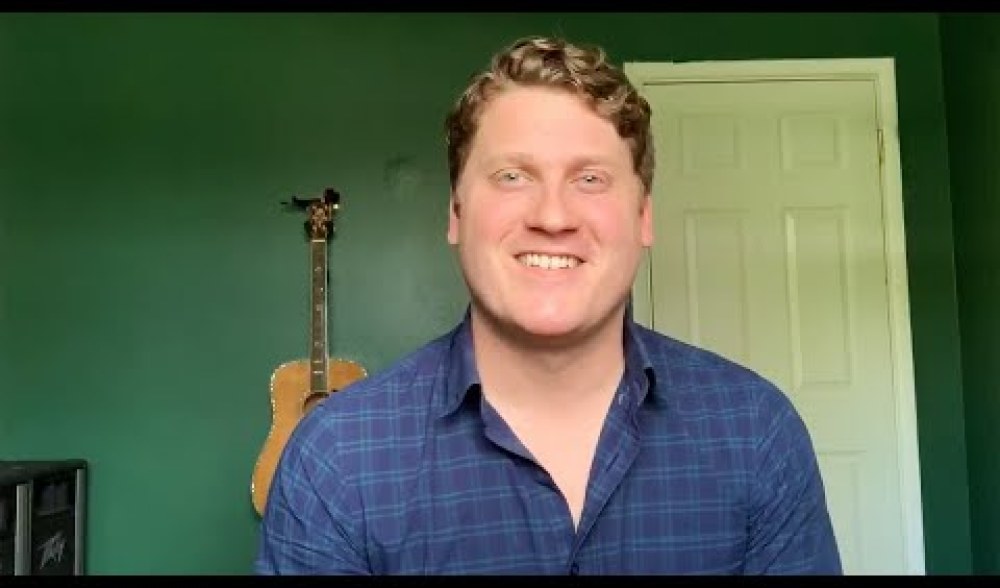 A parent himself, Martin sees the effects of isolation on his own children.

“The possibility of envisioning yourself as a performer, a scenic artist or building a set for an audience becomes more remote the longer you stay at home. Through Play On, our goal is to continue to expand the horizons of what is possible in a young person’s artistic and professional life.”

Bringing the arts to as many students in as many schools as possible has always been central to TheatreSquared’s equity-driven mission, supported in part by the Walton Family Foundation.

Through educational outreach, summer academies and traveling performances, TheatreSquared reaches 20,000 students each year across 80 schools in Northwest Arkansas, throughout the state, in Missouri and Oklahoma.

Educators across Northwest Arkansas have benefited from TheatreSquared’s commitment to enrich school arts programming throughout the year. But the organization’s virtual programming extends its positive impact even farther.

Sarah Haman is a theater educator at Lakeside High School in Hot Springs, Ark. As the pandemic upends her regular curriculum, Sarah is leaning on TheatreSquared now more than ever as she navigates teaching from home.

“Play On has been a godsend to me. I’m the only Theatrical Arts teacher on my campus and through this content, I’m receiving what I actually need," Sarah says. "It’s being given generously, eagerly and with love. TheatreSquared cares about educators and students in our state, they treat us as friends and as colleagues. I don't know what I would do without them.”

Sarah has likened TheatreSquared’s staff to “a team of the most content-specific substitute teachers” she’s ever encountered.

“I am not exaggerating when I say that [TheatreSquared’s learning programs manager] Jordan Haynes' Virtual Improv video saved the morale of four of my classes. I went from conducting Zoom meetings with kids who were curled up in blankets in the dark, barely participating, anxious or crying to kids who were up and smiling and laughing and playing again. It gives a little bit or normal back.”

For Martin, Play On has also presented an unexpected opportunity.

“Shining a spotlight on the folks who aren’t normally in the spotlight has been a lovely byproduct of this program,” he says of the behind-the-scenes arts and culture workforce that nationwide contributes more than $800 billion to the economy and accounts for more than 5 million jobs.

In one Play On segment, TheatreSquared tech director Alex Worthington rappels into the frame, a personal favorite of Martins.

In another, artistic associate Rebecca Rivas shares not only how to get an audition but how to win one.

No matter the position a staff member holds at TheatreSquared, they each play a valuable role—and serve as invaluable role models—for the community they serve.

“Among the groups in Arkansas that have traditionally been separated by income, by ethnic group, whether they just moved here or they have roots in Arkansas for 300 years—the arts are an instrument of cohesion,” says Martin.

With the support of the foundation, Martin believes that TheatreSquared will be able to plan not only for what needs to be done tomorrow, but for who it wants to be on the other side.

As the theater continues to weather this difficult time, one thing has been particularly meaningful to Martin.

“The message we are getting from teachers, students and our general audience is how much they need and miss the act of theater, together," he says.

"The arts and culture scene in Northwest Arkansas is still young, and that means that not one of us takes for granted the ability to go see a new play or a Rothko at Crystal Bridges [Museum of American Art]. When these things are absent, it’s a real reminder of what a joy it will be when we emerge from this.”