In Northwest Arkansas, An Active Effort to Promote Mountain Biking Among Women 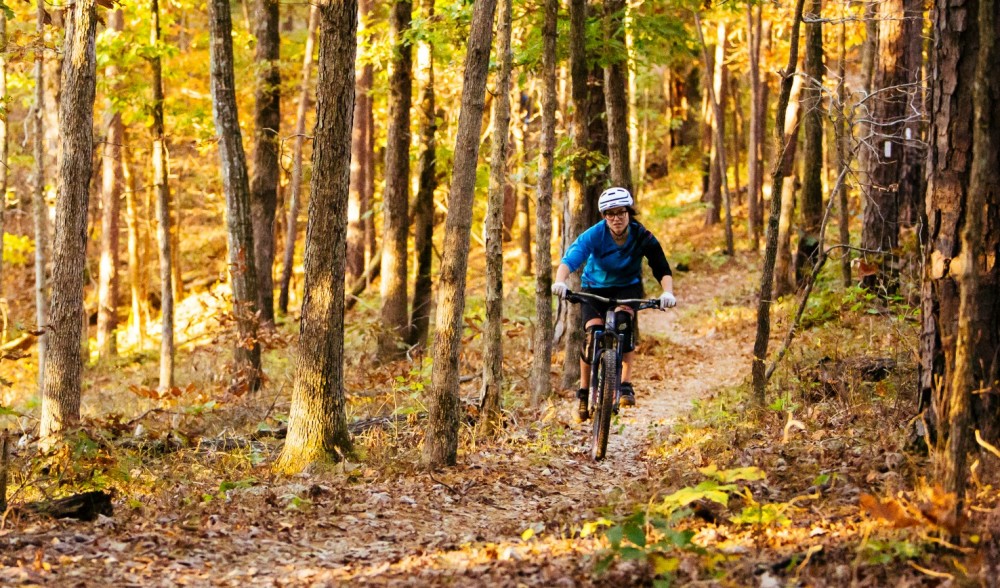 When mountain biker Tandie Bailey signed up for the first Slaughter Pen Jam race in Bentonville, Arkansas a decade ago, she recalls “there weren’t very many girls, maybe three others” with her at the starting line.

Things are changing. As the region’s network of natural-surface trails has grown – from a few short singletrack loops into a world-class system that covers more than 200 miles – so too has the number of women participating in the sport.

We spoke to five mountain bikers who are promoting the sport among women in Northwest Arkansas. They talked about why they love to ride, why they believe more women are shredding the trails, the barriers that still exist for entry into the sport and how they are breaking them down.

In 2012, Kyla founded Girls Bike Bentonville, a group focused on “educating and mobilizing” women to begin riding mountain and road bikes. She’s currently Arkansas league and race director for the National Interscholastic Cycling Association(NICA).
Kyla Templeton
“When we started the NICA chapter in Arkansas, one of my goals was to get girls – and moms and families as a whole – on bikes.

“It’s an incredibly empowering experience for girls and women to learn how to do something challenging. You go from being really scared to ride on the trail to riding with ease.

“The social aspect motivates me. We are creating opportunities for girls to feel like they belong to a group of people, that they belong on a team. That makes a difference in their whole life.

“Women are more apt to ride road bikes because it feels safer. We’re changing that attitude through groups like Dirt Divas. We have clinics and bike rides just for women. It’s different when women ride with women than when women ride with boyfriends or husbands. Women are more cautious. If they don’t think they can do a trail, they will not do it. We empower women by doing skills clinics that get them excited about riding.

“Mountain biking has this really intense reputation. You see videos where guys are launching themselves off cliffs. That puts a lot of women off. The kind of mountain biking I do is riding through trails in the woods. The thing that get girls out on the trail is not seeing people do tricks. It’s about fun and community and interaction with people.”

Lindsay is president of Friends of Arkansas Single Track. Through programs like FAST Kids, the group is encouraging children and their moms to ride.

“It was 2010 when I bought my first mountain bike, after I finished college. I remember hearing that there were trails in this area and I thought it sounded adventurous, but I did not know a single person who mountain biked. So I just went into a local store and bought a mountain bike, just randomly. It’s become my life and my love.

“When I started, I rode with the guys. For a lot of women, that can be intimidating. They worry they’re holding the guys up. I wasn’t concerned about that.
Lindsay Custer
“Groups like Girls Bike Bentonville have helped get a lot of women into the sport. It was more focused on road biking at the start, but it brought women together to ride. Through that, a whole bunch of women also became mountain bikers. It just took some time for women to see other women riding.

“There’s always room for growth. We have to change the perception that everyone must be an expert. Mountain biking doesn’t have to be scary. If there’s a section of trail that scares you, walk it. Nobody will judge you for it. Nobody will fault you for it.

Lindsey is founder of Ladies All Ride. A former racer, Lindsey organizes mountain biking skills camps for women around the country. Ladies All Ride hosted a Bentonville camp in 2017 and is returning in 2018.

“My theory is: If more ladies would all ride bikes, the world would be a better place. I learned a lot about myself through biking. It’s challenging. It’s dangerous. It’s not an easy sport to learn. Even when I was racing, no one gave me real sound advice on how to ride. I would get frustrated or down on myself. I started Ladies All Ride to get more ladies into this sport in a way that’s not competitive. It doesn’t have to be scary and intimidating.

“Our mission is to encourage women to learn how to mountain bike, or improve their skills, in an environment where they feel welcome and equal. It’s not just a sport. It’s a lifestyle that teaches you to face fears and believe in yourself. We’re promoting a sense of community, more than anything. We see real energy among women when they come together and cheer each other on. It is a crazy environment of camaraderie.

“We brought our camp to Bentonville because Northwest Arkansas has a great mountain biking culture and trail infrastructure. It sold out. There is a budding community of women mountain bikers. The region is really putting its foot forward in getting more women into the sport.”

“I started riding because my Dad was riding. My brother was riding. Once I got going, that was my jam. But there weren’t very many girls.

“I love the way mountain biking makes me feel. It is never not scary for me. I love the feeling of doing something I know is kind of crazy, but something I have practiced enough that I can do this with confidence.

“A few of my girlfriends and I started the Northwest Arkansas Dirt Divas on Facebook, as a way to get other girls together for group rides. There were four of us at the start. It grew to 10 pretty quick.

“Now it’s growing on an exponential curve. It only takes one person to plant the seed and get you out on trails for the first time. Sometimes it’s your boyfriend or your husband. A group like Dirt Divas provides a comfort space, specific to women, and makes it more inviting. Girls get stoked.

“Mentally and physically, mountain biking can be scary. That’s why the clinics and retreats are so huge. It gives women confidence in their personal ability.”

Kelsey is Bentonville program leader for Little Bellas, which is devoted to empowering young girls through mountain biking.

“I grew up in Bentonville. I was lucky to see the evolution of the trail system. I had one friend I would go out and ride with. We just discovered the trails by accident.

“The thing I love about mountain biking is that you can ride a difficult trail one week – and it kills you. But you go back a week, or a month later, and get over obstacles that you couldn’t before.

“You can really see yourself grow through mountain biking. We want girls to learn how to mountain bike and have better bike skills. But the main goal of it is to build confidence. These girls are having fun and learning how to look at themselves and other women in a positive way. Encouraging each other. Having confidence in themselves and having a good time doing something they previously thought was too scary to do.

“It really is about building a community of women cyclists. On every women’s ride, you never have an issue finding someone to sweep the ride, someone who makes sure everyone is taken care of. Finding a ride leader is always hard because it means everyone will be able to see you potentially fail. Competition and hard work is wonderful. But to make mountain biking a lifetime sport, it’s important to instill the values of having friends, building a community and doing it for yourself.

“Most of the girls in Little Bellas start before they are self conscious about not being good enough. They want to ride fast and they are not worried about what other people think of them.

“We want to use mountain biking as a way to keep that attitude going. You can mountain bike your entire life. And we want girls to grow up thinking, it doesn’t matter what other people think of me, I have confidence in myself.

“I have seen a huge increase in the number of women who are riding. It’s really not atypical to go out on the trail to see a bunch of girls out there, or moms out with their kids. It’s been so cool to see that grow.” 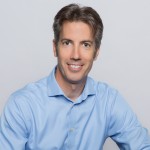