Marc Sternberg, the Walton Family Foundation’s K-12 program director, sat down with Richard Kahlenberg of The Century Foundation to discuss the benefits of charter schools designed to serve socio-economically diverse student populations. The Walton Family Foundation recently announced a new partnership with The Century Foundation to help entrepreneurs and advocates better understand what it takes to open and run diverse schools. Learn more about our grants to schools of all types.

Marc: Rick, it’s a pleasure to have this chance to talk with you about your important work. Tell us about your research and the mission of your work at The Century Foundation.

Richard: One of the things that I’ve focused on for two decades is finding ways to provide more opportunities for disadvantaged students through socio-economic school integration. There is 50 years of research to suggest that when low-income students have the chance to go to school with middle class peers, it will provide a better environment for those students. Likewise, there is a parallel set of emerging research that finds middle class students also benefit in diverse settings.

Given that charter schools can be placed anywhere and liberate families from segregated residential areas, they are a natural way to ensure that more students are in socio-economically integrated environments. In more recent years, my colleagues Halley Potter, Kimberly Quick and I have focused on an exciting development: consciously diverse charters that can help break down barriers by class and race and bring children of different backgrounds together so they can learn from one another.

Marc: With respect to the charter work, what have you seen that excites you?

Richard: I’m very excited about the emergence of a small but growing number of diverse charter schools that are returning to the original vision for charter schools as outlined by Albert Shanker, president of the American Federation of Teachers. He intended for this new kind of public school to enhance teacher voice and serve as a force for integration, bringing together students from different economic and racial backgrounds. We’re now seeing a number of charters really live up to that original idea of making sure that schools are diverse and serving as laboratories to help the traditional system improve as well.

Marc: We’re excited, too! And we’re eager to learn what we can do to position more entrepreneurs like the ones you mention for deep impact. These are two very big, often contentious policy questions: school choice and school integration. Can you make the case for a relationship between the two?

Richard: We’ve learned a lot about how to integrate schools over the last few decades years. The original concept was that courts would order desegregation by race and parents would be given no choice. That led to political backlash and a significant number of white and middle-class families moving to the suburbs. So, over time, advocates of integration became more sophisticated and realized integration needed to occur in a voluntary fashion through incentives to draw people out from their neighborhoods to participate in diverse schools. The first iteration was the creation of magnet schools.

Magnet schools have distinctive themes and accomplish integration voluntarily through choice. Charters also have the potential to play a very important role in diversifying schools because, like magnet schools, they are not based strictly on neighborhoods.

Marc: Often there is an assumption that you are either going to pursue school choice or school integration – an either/or frame that supposes tensions or even an oppositional relationship between the two ideas. You are suggesting otherwise.

Richard: Neighborhood schools are seen as a desirable thing by many people. They are a good deal if you live in a middle class neighborhood, but not everyone can afford to do that. So long as our residential areas remain highly segregated by race and class, neighborhood schools are going to reflect existing levels of residential segregation. Public charter schools and magnet schools can be great engines for diversity. I see public school choice and diversity as intimately linked. In most communities in the U.S., you are not going to get school integration without either integration of housing or some form of public school choice. Public school choice will widen the net, giving many more families a chance to choose a strong, integrated educational environment.

Marc: What advice do you have for a school leader who wants to create an intentionally diverse charter school?

Richard: School leaders can help ensure their school attracts a diverse student body through enrollment preferences and geographic locations. In Smarter Charter, Halley and I profile nine different schools, some of them intentionally located in a mixed income area or in a place that is on the border between a more affluent and poor community so they can naturally draw a mix of students. Some — like DDST Public Schools or High Tech High — use a weighted lottery that isn’t blind to diversity, ensuring their schools are diverse. Many schools also actively recruit underrepresented populations.

Marc: What about with respect to pedagogy and curricular vision?

Richard: A growing number of schools, including many [charter schools] are experimenting with creative approaches to make sure they are not just desegregated but actually integrated so that everyone is a part of a single community.

Community Roots Charter School in Brooklyn is a great example of the type of school we are talking about. First, they seek a teacher workforce that reflects the diversity of their student population. Second, they utilize an explicit anti-bias curriculum. Third, they actively engage parents and bring in-school culture to out-of-school activities. Educators and administrators help facilitate playdates on weekends and evenings.

Marc: How can philanthropy in general, and the Walton Family Foundation specifically, support the smart growth of this kind of school?

Richard: Generally, philanthropy has been more interested in funding high-poverty charter schools than integrated ones. On one level, that is completely understandable because resources are directed to children who need them most. But I think looking at that model exclusively misses the fact that one of the best ways we can unlock opportunities for low-income students is giving them a chance to go to an economically mixed school where everyone is expected to go to college, where parents are actively involved in school affairs and where all students benefit from learning from the different life experiences of their classmates. We are starting to see philanthropists expand their investments in charter schools to also include diverse charters, and more students are benefitting.

Marc: We see a need to support the kind of leader and school model you are describing. We of course also believe strongly that we have to continue growing high-quality schools for students and communities trapped in poverty because of conditions you mentioned earlier, such as housing patterns and inaccessible public transportation. But you make a compelling argument for a diverse portfolio.

Richard: Putting all funds into one basket doesn’t make a lot of sense. We need a lot of different models from which to learn. In the past there has been an imbalanced portfolio where philanthropy has invested primarily in high-poverty, no excuses charters. We must continue to grow those high-poverty schools that are successful; however, we must broaden the scope and also invest in high-performing diverse charters that will have a lot of lessons for the traditional school system. 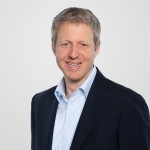