From Student to Navigator

When I was growing up in New Orleans, my parents often had trouble making choices about my education. Do we send him to the first charter school in the city or do we keep him where he is, closer to home? Should he take advantage of the opportunity to attend an independent school, even though he would be one of the few students of color there? What kind of courses does he need to take to be ready for college?

These were the kinds of questions that they grappled with and ultimately had to make alone. They always wanted what was best for me, but the process of narrowing down an already limited set of choices was tough, especially when they knew how high the stakes were.

And that was when the New Orleans school system was more straightforward.

Years later, after Hurricane Katrina and after I graduated from college, I came back to New Orleans to teach at a charter school in the Algiers neighborhood, on the west bank of the Mississippi. I wanted to expose students and parents of all walks of life to the full range of choices and educational opportunities available to them. 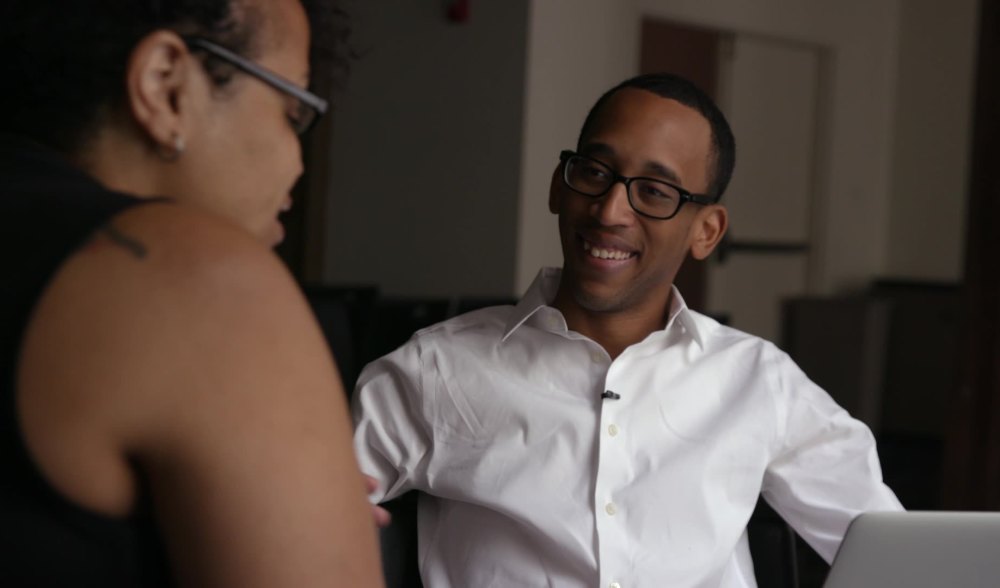 What Role Can Employers Play in Education?
EdNavigator is a startup nonprofit that works with employers to offer education advice to their employees. Walton Family Foundation Board Chair Carrie Walton Penner spoke with Gary Briggs, the lead New Orleans navigator for EdNavigator; Kay Everage, who manages New Orleans employer relationships for EdNavigator and is a parent; Kanitra Reed, who is a housekeeper at the International House and a parent; and Sean Cummings, the owner of the International House.

By then, school choice was the norm, and I saw that it was even more challenging for many parents to pick the best school for their child and to support their child’s education once he or she was enrolled. I realized that many of the changes that were designed to help families like mine, such as higher standards and greater school choice, had inadvertently made the system more confusing and frustrating, especially in the short term.

I decided to join EdNavigator because I wanted to have a broader impact on families, and give more students access to a world-class education.

EdNavigator is a nonprofit organization dedicated to helping working families get a great education. We partner with leading local employers like International House Hotel (our anchor partner), Marriott, Hyatt and Tulane University to bring one-on-one education support right to the workplace as an employee benefit. We focus on hourly employees, like housekeepers, maintenance workers and medical assistants, but we believe all families could use this support. We believe we can give many more students a shot at a world-class education if we treat their parents as equal, informed partners in the educational process, rather than leaving them on the sidelines.

Currently, more than 700 families across the city have access to EdNavigator through their employers. Each of them gets connected to a “Navigator” who can help with everything from preparing a toddler for preschool to getting a teenager on track for college. Everybody wins: families get expert support with normally stressful decisions, right at work; employers reduce staff turnover and have happier, more engaged employees; and students get a better chance at success in school and beyond.

Often, being a “Navigator” means I have to have honest — and sometimes tough — conversations with parents. For example, I started working with a mother in August 2015 who had no idea that her two daughters’ routine absences were putting them at risk of being held back in school. Had I not sat down and gone through her daughters’ academic records with her, she would have continued to believe that missing a day or two of school here and there was no big deal. Now she understands the stakes — and also knows some strategies to address the problem. This year, the girls are attending a new, higher performing school, and they’ve reduced their absences by more than half.

We find that parents appreciate our candor and are ready to act. Often, they’re frustrated that no one told them their child was falling behind, that there were specific things they could have done at home to help support their child, that there was another school option they could have considered. I’ve never had parents throw their hands up in the face of a difficult challenge; they engage more intensely to help their children.

EdNavigator is only in its second year, but we’re already expanding to serve more employers and parents. We’d like to provide access to this kind of personalized support to thousands of New Orleans families, so that we’re able to open up educational and economic opportunities for many more students. Down the road, we hope to bring EdNavigator to other cities as well.

I’d also love to see a community of EdNavigator parents helping other parents understand the school landscape, support one another, and collectively push schools to serve all students better. I can imagine a New Orleans in which parents are no longer intimidated by report card conferences or principal meetings because they understand the system, know what they need for their children and have a trusted source to go to for support and advice. EdNavigator won’t change the landscape of educational opportunity on its own, but I believe we are already making a difference — and I hope we can deepen our impact in the coming years.

Innovations in Education is a video and blog series with Carrie Walton Penner that explores first-hand groundbreaking work taking place across the country in K-12 education.
Learn More
Recent Stories