The school and college lockdowns that came with the pandemic brought formal education’s friend-making and relationship-sustaining roles front and center in a way few could have imagined. Education-based friendships and other personal relationships—a form of social capital—help prepare young people to pursue opportunity and human flourishing. As young people return to schools and colleges for in-person learning, parents, educators, and policymakers should reflect on the importance of these social connections.

A massive new study by Harvard economist Raj Chetty and nearly two dozen colleagues published in the journal Nature provides ample food for thought on the importance of social relationships, including suggestions on how schools and colleges can foster them. It shows that economic connectedness, or the number of friendships between lower- and higher-income individuals, is a strong predictor of a community’s ability to support young people’s upward mobility in the income distribution. All this is especially relevant as young people return to the classroom.

The study examines 21 billion Facebook friendships based on data covering 84 percent of U.S. adults aged 25 to 44. The result is a detailed analysis of how friendships influence economic mobility, as well as a website where entering a zip code, high school, or college shows how common cross-class friendships are in those places. The analysis focuses on three forms of social capital—economic connectedness: the degree to which low- and high-income people interact with each other and become friends; social cohesion: the degree to which communities and social networks are tight knit; and civic engagement: how often individuals volunteer for community activities.

The study finds that economic connectedness, or the number of cross-class friendships, is the strongest available predictor of a community’s ability to foster upward income mobility—even stronger than other measures like school quality, job availability, family structure, or a community’s racial makeup. For example, if low-income children grow up in counties with similar economic connectedness to the typical child with high-income parents, their future income increases on average by 20%, equivalent to the effect of attending two or so years of college. It’s not necessarily the friendships in and of themselves that do this. They more likely have what Chetty calls a “downstream effect,” shaping our aspirations and changing our behavior.

Furthermore, this relationship between economic connectedness and upward mobility is independent of the place’s affluence or poverty. For example, outcomes for poor children are better, even in poorer zip codes, where poor people have more rich friends. The research team concludes that “Areas with higher economic connectedness have large positive causal effects on children’s prospects for upward mobility.”

Differences across settings in the number of cross-class friendships low-income individuals develop stem from a roughly 50/50 blend of two factors. The first is simply the exposure to higher-income individuals that occurs in different settings and institutions that connect people, like schools, work, or religious organizations. But mere exposure is often not enough. Equally important is the extent to which the setting or institution reduces friending bias, or our tendency to develop stronger relationships with people of the same background. The rate at which lower-income individuals go beyond exposure to engagement and friendship with higher-income individuals varies across settings and institutions, suggesting interactions are encouraged or discouraged by how a setting is structured and an institution functions. For example, academic tracking within schools produces higher friending bias and limits cross-class friendships even in schools that are socioeconomically diverse.

On a personal level, as I look back on growing up in Cleveland, Ohio during the late 1950s and early 1960s, there were three places where my cross-class friendships took root and developed. One was the local YMCA—where friendships started to build around age 10, especially at its two-week away-from-home summer camp. Back then, it was unusual for someone like me who attended a Catholic elementary school to participate in the Y’s activities rather than those of the Catholic Youth Organization, or CYO. But mom and dad (both high school graduates but with no college degrees) thought it would be good to be with kids I didn’t know. It sounded good to me. Another place involved my late elementary and high school years as a youth volunteer and school delegate at the Northeast Ohio Red Cross headquarters in downtown Cleveland. The third place was the high school I attended, St. Joseph Catholic High School on Cleveland’s far east side.

At all three places, I met (and, during summer camp, lived with) young people and adults from five counties across Northeast Ohio. They had different racial and ethnic backgrounds and income levels. The camp counselors and staff included laborers, teachers, coaches, nonprofit leaders, lawyers, and doctors. I made cross-class friendships with many of these young people and adults. The range of friendships I developed opened my eyes to personal and vocational possibilities I never would have imagined if I had stayed in my cheerful but small Italian American neighborhood. I cherish these memories and remain friends today with some of the young people I met back then.

The study explores six places where we make friends or, as Chetty puts it, settings and institutions that can bring opportunity to people: high school, college, religious groups, recreational groups, workplaces, and neighborhoods. Religious institutions are especially strong settings for increasing exposure and reducing friending bias, with recreational groups and the workplace also important.

High schools have various levels of exposure and friending bias, even among nearby schools with similar socioeconomic makeup. For example, large high schools generally exhibit a smaller share of cross-class connections, or worse friending bias, as they have less mixing and more income-related cliques. So do more racially diverse schools and those with high Advanced Placement enrollment and gifted and talented classes. On the other hand, smaller and less racially diverse high schools have more friendships between students with different class backgrounds. Greater racial diversity and higher enrollment are associated with worse friending bias across colleges, as well.

Friending bias can be overcome. For example, large high schools can assign students to smaller and intentionally diverse “houses” or “hives.” Their cafeterias, libraries, and science labs can be organized to mix students when they socialize or learn. Extracurricular activities can be structured to blend students from diverse backgrounds.

Charter schools are another contrast. Using the study’s public data, my colleague Jeff Dean analyzed the 214 charter high schools in the database. On average, these charter schools perform better than 80% of traditional public schools on friending bias, raising questions to research. For example, do the autonomy, community-building, and institutional aspects of public charter schools contribute to this? Or can their results be explained simply by their smaller size?

These forms of social capital create strong and weak ties, important to our social networking and ability to collect information about different opportunities we might have. Strong ties are friends who are mostly like us. They know the same places, information networks, and opportunities as we do. Weak ties are acquaintances we know but who are different from us. They are likely to connect us to new networks and opportunities. They are valuable when we’re looking for a new job since they provide us with connections and information we wouldn’t get through our usual networks.

Over time, this combination of new connections and information can have a powerful effect. For example, the researchers’ analysis shows that young people who move out of concentrated poverty and into an economically diverse neighborhood at an early age tend to do better economically and socially than those who move in at a later age. Chetty calls this a “dosage effect”—i.e., a greater dosage over time produces a greater effect.

Closing schools, virtual learning, and the like during the heyday of the pandemic was a severe blow to the development of friendships in general and the types of cross-class friendships in particular that are crucial to a young person’s longer-term upward mobility and human flourishing.

And we need to be exposed to and engaged with them across classes in diverse groups and institutional settings.

So as our young people return to school and college this fall, this research reminds us of the importance of cross-class friendships, social networks, and other personal connections to students’ success in both school and life.

This article orginally appeared in Education Next. 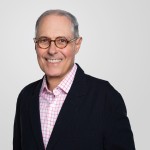