That familiar saying captures the power of collaboration to bring lasting change.

At the Walton Family Foundation, collaboration is also at the heart of our new five-year strategic plan. We’re committed to building new partnerships – with government, local communities and the private and philanthropic sectors – leading to more innovative ideas and solutions.

The need for collaboration has rarely been greater, with our country and world confronting a pandemic that has roiled the economy and exposed existing inequities that have limited access to opportunity for too many. 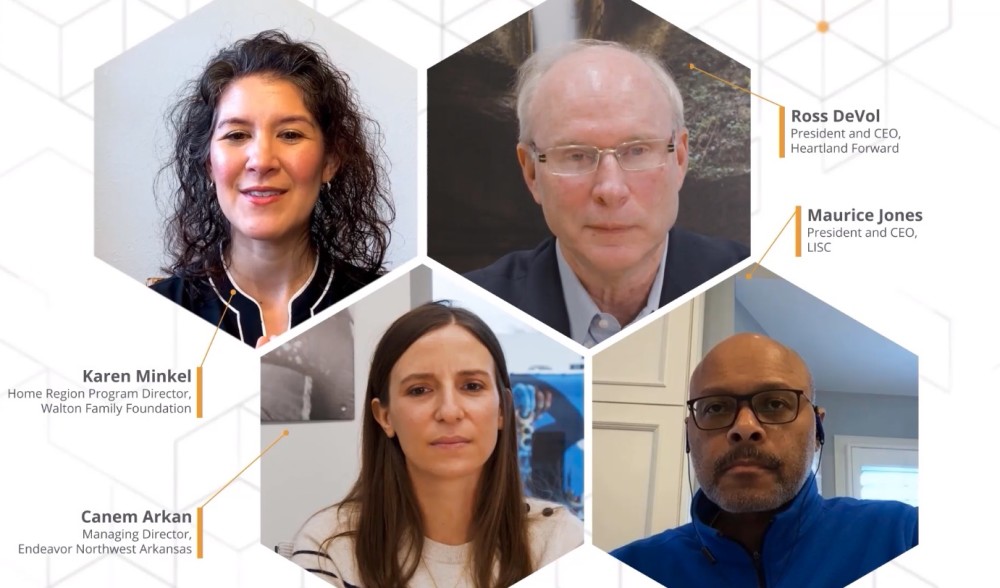 Collaboration for the Next Five Years
The most innovative approaches require new partnerships that bring people, resources and ideas together - across government, communities and the private sector. Panelists share what it will take to build coalitions and networks of collaborators over the next five years.

It’s an economic Grand Canyon that favors the edges, leaving those in the center – including the Heartland – at a cavernous disadvantage.

To recover from this moment and emerge stronger on the other side, we need to go fast and far. We must find solutions that increase access for everyone in every part of the country. To get there, we need to do it together, with players from all sectors leveraging each other's strengths for mutual gain.

As the foundation launched its 2025 strategy in February, we asked leaders in economic development how collaboration can lead to better strategies for job growth and prosperous communities.

Steve Case knows a thing or two about the American Dream. As a founder of America Online in the 1990s, Case not only helped create the internet as we know it but was an active participant in building the broad infrastructure required to make it successful.

“When we were starting AOL 35 years ago … we couldn't do it alone. We had over 300 partners. Everybody had to do their part to essentially stand up the internet, create the on-ramps, create the services, so there [would be] reasons people would want to get online … Partnerships were front and center,” he said.

Today, Case runs the Rise of the Rest Seed Fund, which invests in the most promising early-stage companies located outside of traditional innovation hubs, including in the Heartland. Rise of the Rest has become an effective collaboration model, proving that great ideas can be grown anywhere with the right support.

There is a recipe for collaboration, said Case. Government sets the table with equitable regulation, businesses provide the capital and philanthropy serves as a cross-sector convener.

Over the next 10 years, Case believes this recipe will lead to a more robust and inclusive innovation economy. “Most of the job creation [in the U.S.] comes from new companies, not from big businesses. So, if we're not backing new businesses everywhere, we're not creating jobs everywhere.”

National and regional economic experts also weighed in on how to ensure that recovery from the pandemic is geographically and demographically inclusive.

Maurice Jones is the former CEO of the Local Initiatives Support Corporation (LISC), a national nonprofit community development financial institution. He is also the current head of OneTen, a newly formed venture launched by Fortune 500 corporations working to hire and advance 1 million Black Americans without four-year college degrees into family-sustaining jobs and careers over the next 10 years.

LISC, a foundation grantee, aggregates public and private resources and funds for community leaders to tap into as they work to lay the groundwork for successful, healthy communities.

Since 1979, LISC has invested $22 billion to build everything from affordable housing to new grocery stores to financial opportunity centers for budding entrepreneurs. Across this work, Jones said, collaboration between the private and public sector is “the only way” to ensure a “bold, inclusive and sustainable recovery.”

Ross DeVol is head of Heartland Forward, a foundation grantee and a “think and do” tank focused on economic development in the Heartland. His research centers on the characteristics that make communities successful and how to collaborate on making them a reality.

While traditional characteristics like tax rates and regulations matter, he said what matters more in the Heartland is the strengthening of knowledge-based economies. “We're finding four-year degree programs are essential drivers of local economic growth. They create and retain human capital.”

The other factor that drives success in the Heartland? A strong entrepreneurial ecosystem. In communities where business start-ups have the opportunity to grow, more jobs are created, and incomes rise faster. This is where collaboration with the private sector is critical, said DeVol.

Canem Arkan leads Endeavor Northwest Arkansas, a global group that helps entrepreneurs scale up after they start up. Endeavor, a foundation grantee, chose Northwest Arkansas as its sixth U.S. location for several reasons – an attractive arts and culture scene, a growing talent pool from a nationally ranked university and Fortune 500 companies with strong local ties and an interest in reinvesting.

“Northwest Arkansas is actually an incredibly well-connected community,” said Arkan. “People here know each other, they talk to each other, they rely on each other.” Endeavor is now working to build on these existing connections and translate them into “human networks” through mentorships and partnerships across industries that can help build up the region’s entrepreneurial ecosystem. 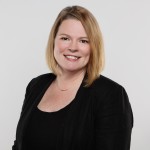