Home Region
Emma Pengelly
We asked members of Generation Z what values they want reflected in their community.

“The young, free to act on their initiative, can lead their elders in the direction of the unknown…The children, the young, must ask the questions that we would never think to ask, but enough trust must be reestablished so that the elders will be permitted to work with them on the answers.” — Margaret Mead

At the Walton Family Foundation, we are committed to developing next-generation leaders across our areas of work. In our Home Region of Northwest Arkansas, that means convening young people so that we can better understand their dreams and aspirations, as well as how they view their future.

We know that, as a region, we are on a trajectory of growth and, as a result, the region will face new questions and challenges over time. Earlier this spring, we commissioned three focus groups with teenagers aged 13 to 18 to ask how they feel about the growing region where they live: What kind of community do they want? What values do they want it to embrace?

These focus groups built on earlier national research conducted by Echelon Insights that examined how Millennials and Generation Z thought about their own futures: their prospects for success, what they want out of life, and what they fear will stand in their way.

Some common themes emerged among participants in Northwest Arkansas.

They placed a high priority on living in a place with access to ample outdoor space and natural beauty. They also valued the ability to be close to amenities like parks and stores. Regardless of their preference for more space versus denser neighborhoods, most said it was important to prioritize a more walkable, bikeable community. “Having things be closer together and cutting down on drive time, it helps save money and it’s more environmentally friendly,” 18-year-old Summer Roberts told us.

“I also like the idea of community that [it] fosters,” added Fiona Eggleston, 16, a rising senior at Fayetteville High School.

Most participants believe Northwest Arkansas is a dynamic, fast-growing place, but some worried about increasing gentrification, harming the natural environment, increasing cost of living and overcrowding.

“I would ask the leaders to keep in mind that building a great community and exponentially growing means not pushing poor people out of the equation, and that we aren't messing up the vibe of the community,” said Laura Hansen, 18, who recently graduated from Arkansas Arts Academy.

When it comes to building a stronger Northwest Arkansas, teenagers want inclusive schools that focus on academic excellence while also preparing students for the working world by teaching practical skills.

“A lot of high schoolers leave high school not knowing anything about how to do your taxes or how to do practical things … [skills] you should be able to enter the workforce with are skills that I think a school should focus on,” said Ashwin Marathe, 18, a recent graduate of Bentonville High School.

Aaren Warr, 17, who is enrolled at the University of Arkansas at Fayetteville, said he feels fortunate that Northwest Arkansas offers many quality education options for students. “That’s probably one of the best aspects here, as far as learning goes, is the ability to choose your own path,” he said.

It's also important to respect each other's diversity or it's not going to be compatible in a happy and joyful place to live.

The Generation Zers that we spoke to also feel strongly that the region must embrace and encourage greater diversity, be truly inclusive of all and provide equitable opportunity to people from every background.

“If everybody's just the same, it's going to be boring and we're not going to get anything done,” said Kenlee Harris, 14, a rising ninth grader in Gravette. “It's also important to respect each other's diversity or it's not going to be compatible in a happy and joyful place to live.”

Diving deeper into questions about diversity and inclusivity, participants said it was important to live in a community where you are respected and respectful, and able to live alongside people of different cultures, races and walks of life. They want their community to promote togetherness – embracing a culture where people help one another out and work in cooperation based on shared interests. And they value places that celebrate the arts, where creativity and originality is considered an essential asset.

Lahari Kollurur, 16, a rising senior at Bentonville High School, said that “When you're open-minded, you can really get the whole scope of everything and you'll be more inclusive and more thoughtful about everything that's happening around you.”

I think that anyone can really have an influence over the community. It’s really important that those voices be heard.

Laura Bailey, 14, a rising ninth grader at Thaden School, believes Northwest Arkansas is making progress toward these goals. A symbol of that progress, she says, is the “You Belong Here” sign that lights up The Momentary, a center for visual and performing arts in Bentonville.

“It embodies the whole essence of the community and how everyone's really trying to come together and try to accept and communicate with each other and make sure we understand each other's points of views,” Laura said.

Finally, members of Generation Z say it’s important to live in a community where the voices of young people are heard and respected. In other words, Northwest Arkansas can’t unlock its great potential if we just make decisions from the top down.

“In a community, you should always talk to people,” said Jadyn Patterson, 13, rising eighth grader at Haas Hall Academy. “If someone says something that you're not cool with and you don't agree with, you should communicate, but communicate nicely.”

“I think that anyone can really have an influence over the community,” said Laura. “It’s really important that those voices be heard.” 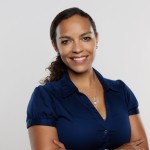