More than 1,500 students have received the Walton International Scholarship

When Pablo Oropin graduated high school in 2004, the Guatemalan teenager was facing an uncertain future.

His parents lacked the money to send him to a public university in Guatemala City, the capital of the Central American country. So Pablo took a job at a fast-food restaurant to begin saving, hoping to someday attend college.

The job lasted a single shift.

After that one day slinging hamburgers and fries, Pablo learned that he had been awarded a Walton International Scholarship, providing him a full four-year scholarship to Harding University in Searcy, Arkansas.

“That moment changed my life, 180 degrees,” says Pablo, who’d applied for the program after reading about it in a newspaper ad. “I accomplished so much, so much faster, because of this scholarship.”

Pablo is one of more than 1,500 students from Mexico and Central America who have received scholarships since Sam and Helen Walton launched the program in 1985, to strengthen ties between the United States and Latin America and promote free enterprise in the scholars’ home countries.

The students attend one of three participating Arkansas colleges – John Brown University, Harding and University of the Ozarks. In any given year, there are about 60 students enrolled as Walton scholars in each university, studying in fields ranging from business to science, engineering, media and education.

Sam and Helen came up with the idea for the scholarships following travels through Central America.

“We want kids to learn about the tremendous potential of the free enterprise system and to see for themselves what all the advantages are of a stable, democratic government,” Sam wrote in his autobiography, Sam Walton: Made in America.

“It was important, Sam added, to help students “who wouldn’t have otherwise received any college education, to return to their countries and do something about their serious economic development problems.”

Pablo’s story embodies the mission of the program. As he was preparing to graduate high school, Pablo expected that – at best – he would be able to save enough money periodically to take a few university courses in his home country. Study, work, return to school, repeat. That was the cycle he envisioned, which would have allowed him to earn a degree within about eight years.

The scholarship to Harding, Pablo says, opened his eyes to a new world of possibility.

“I had never traveled abroad before then. Coming to the States was incredible. When I went to Harding, it felt like paradise to me,” he says.

Pablo, who studied computer science and computer engineering, says the biggest lessons he learned were about the opportunity created through entrepreneurship.

Attending Harding, “transformed my perspective about how to make my dreams a reality,” he says.

“It opened my mind. What I realized is that there is a lot of opportunity in developing countries. There were ideas and projects that I could bring to Guatemala and make them successful. And I knew they would be successful because they were already successful in the United States.”

After graduating Harding in 2008, Pablo returned to Guatemala and immediately found work. He spent several years working for Xerox, then – partnering with two Harding alumni – opened his own company, a mortgage industry firm that employs more than 100 people, most of them in Guatemala.

Over its history, students have excelled.

Of the total participants in the program, 95% have graduated with a degree. Of those who finish, almost all of them return to Mexico and Central America to pursue their careers. The average GPA among graduates has ranged in recent years between 3.41 and 3.65 across all three universities.

Among graduates since 2004, 94% have returned to their home countries and found employment.

For Pablo, the scholarship brought more than just success in business. He met his future wife – Kiara Mayorga, a Walton scholar from Nicaragua – at Harding. The couple has one daughter. 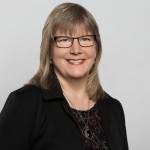