Uniting a Region Through Trail

John McLarty remembers the first time he saw the riders cycle past.

"I was doing some maintenance work at a mini-storage location I own, which backs up to the Scull Creek Trail. I began to see every type of rider—tricycles to recumbent bikes—families, older people, students. The trail was just full of activity."

The Fayetteville path, which opened in 2008, would go on to become an essential component of the Razorback Regional Greenway, an ambitious 37-mile system of multi-purpose pedestrian and bicycling trails that now connects six cities in Northwest Arkansas.

At the outset, the idea for a regional trail system was received with some skepticism, recalls John, the former assistant director of the Northwest Arkansas Planning Commission and project manager for the Greenway. "Folks wondered why we would spend a dime on something like this. They assumed the only benefactors would be the extreme cyclists, the spandex crowd."

Securing right-of-way easements from landowners was one early and formidable hurdle, with residents and business owners alike concerned the trail might harm property values.

A breakthrough came when local planners came up with the idea to tie the effort to the region’s strong sense of history.

By gradually adding bike and pedestrian paths along these existing historic roadways, The Northwest Arkansas Heritage Trail, as it became known, was full of activity almost as soon as the asphalt hardened. Giving residents a taste of life on two wheels, each new section of trail created a fresh opportunity to spend time with family, get outdoors, run errands and break a sweat. For local business owners, proximity to the trail created new opportunity with each passerby.

Early concerns the trail would be used only by hard-core cyclists faded as families, social riders and folks using the trail to get to places soon outnumbered those clad in Lycra on any given day.

As its popularity grew, The Heritage Trail would inspire the Greenway, an even larger, more regionally-connected system.

"Growing up in the West and having a trail literally behind my house, I was somewhat surprised in 1992 when I arrived in Arkansas. There was very little bike infrastructure in the region," says Tim Conklin, transportation programs manager for the Northwest Arkansas Regional Planning Commission.

Thanks in large part to the work of the planning commission, individual cities and community supporters in the early to-mid 2000s, local cycling infrastructure began to take shape, slowly spidering out across the rolling terrain of the Ozarks.

"At the time, most cities were primarily focused on their own trail projects. It's a testament to the Walton Family Foundation and their willingness to think big that we were able to ask: What could a regional trail system look like? Can we look beyond our city limits to create something bigger."

That "something bigger" would come in the form of a $15 million commitment from the foundation, which was matched—dollar for dollar—by the U.S. Department of Transportation. What followed was the acceleration of a master plan to complete the Razorback Regional Greenway, a primarily off-road, shared-use trail linking together downtowns and dozens of popular community destinations, schools, parks, neighborhoods and shopping districts.

"The timing of the grant meant we did in five years what would have taken 25 years," said John.

When the Greenway opened in 2015, it accelerated a growing sense of community support for trails throughout the region. Contrary to early concerns, apartment buildings now advertise "Trail Access," new lighting has been installed to accommodate students and workers on their evening commute and cyclists of all skill levels continue to push the limits of their capabilities on an ever-expanding network.

"Last weekend I rode 14 miles from my house to Mount Kessler," Tim said of Fayetteville's regional park, which is home to miles of mountain bike trails and paved trails.

"How lucky we are in Northwest Arkansas where there are so many trail opportunities you have to ask yourself: Am I capable of riding 20, 50, 75 miles? These are good problems to have."

A cycling subculture has sprung up in the treads of this project. In the breweries, shops and activities geared toward riders, cycling generated $137 million in economic benefits to the region in just the last year. Local officials are reporting higher daily trail use than well-known bike-friendly areas like San Francisco.

As Northwest Arkansas garners national and international attention for its commitment to trails, everyone it seems now wants to link up. Just over the border in Pineville, Missouri, 100 of the town’s 800 residents showed up at a recent public meeting to discuss developing their own trail system linked to the Greenway.

John believes that Northwest Arkansas' enthusiastic embrace of the Razorback Regional Greenway is encouraging residents—both young and young at heart—to rediscover the connections that can be made when we unplug, get out of the office, house or car and put pedals in motion.

"I grew up riding my bike to school, and we almost lost that,” John recalls. “The transportation system grew up and just didn’t accommodate. Our trails have changed everything, we have opened up that possibility to a whole new generation of schoolchildren and it’s transformed the thinking of the region. Twenty years from now, what does that look like when they’ve been riding their whole lives in Northwest Arkansas?"

To me, it looks a whole lot like a healthy, active and united community. 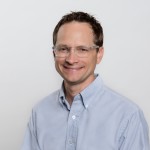