We Have a Community Behind Us That Wants Us To Succeed

Home Region
Yee-Lin Lai
A startup conceived at the University of Arkansas grows through persistent mentorship and a strong sense of place.

“There’s an age-old saying that you are who you hang around with,” says April Seggebruch, co-founder of tech startup Movista. "Northwest Arkansas is a region built on the backs of entrepreneurs. That pedigree, that way of attacking the world, it's contagious.”

April and her partner Stan Zylowski founded Movista in 2010, born out of an MBA class at the University of Arkansas. “There's a growing demand to connect with your workers and enable them to drive efficiencies. We built a mobile platform that allows employers to manage and track everything about their remote workforces.” Now in the scaleup phase, the Bentonville-based startup is busy attracting new capital and employees to meet the growing demand for their software product.

“Starting a company,” says April, is like “jumping out of an airplane and figuring out how to put the parachute together while you're falling.”

April credits much of Movista’s success to the supportive entrepreneurial ecosystem in Northwest Arkansas.

From funding and networking to mentorship and advice, April and Stan found the support needed to help propel their business forward.

"To have people in your life who aren't looking for your faults, but celebrating your wins along the way, has been hugely reassuring, and instrumental in us making it this far."

One such champion is Carol Reeves, the Cupp Applied Professor of Entrepreneurship at the University of Arkansas. It was in Carol’s class where the idea for Movista was born. April calls her mentor the “inspiration” and “constant sounding board” for the growing company.

The Walton Family Foundation is helping foster a culture of entrepreneurship in Northwest Arkansas and promoting an inclusive environment where innovators are supported at every stage.

This includes partnering with nonprofit organizations that help entrepreneurs scale up their business, developing co-working spaces that facilitate collaboration and events that allow entrepreneurs to showcase their work.

Carol describes herself as both an ambassador and coach for the exceptional students who pass through her sphere of influence. “Investors and customers have to like the person they're dealing with,” says Carol.

“Something that distinguishes us—and I have been told this over and over—is how nice and unassuming our students are. They come in. They have great ideas. They are very accomplished. But they do not have the ego that you would find in other places.”

April, who also completed her undergraduate degree at the university, was one such student, says Carol.

“She was the first person in the MBA program to complete both the finance track and the entrepreneurship track at the same time. If you go around the square in Bentonville with her today, she'll know 90% of the people she passes and high five them as she goes.”

Carol believes it’s this kind of energy that is transforming her adopted hometown into a new hub for entrepreneurship.

"When I moved here 30 years ago, we didn't have a lot of high-growth startups. The quality of life here has helped a lot. It's a place where people want to be."

Quality of life was one of the factors that influenced April when she chose Northwest Arkansas for Movista’s headquarters. An avid runner, April uses the proximity to great trails and time outdoors to maintain balance.

“When I’m running, I'm not dealing with the latest fire. I'm able to go out, free my mind, and think about what the best steps are moving forward,” she says.

“One of the unique parts of Northwest Arkansas is the mixing together of the outdoors and great business professional environment in a more personal setting. You're not dealing with the traffic and the tall buildings. You get to enjoy and see your community around you.”

It’s a community that is fostering a vision of mentorship and support, what April calls “the ingredients to start and grow a fantastic business.”

April now serves as a mentor herself to Carol’s students and has hired several as Movista continues to grow.

In the next 10 years, Carol believes that Northwest Arkansas will continue to diversify what has historically been a region known for Fortune 500 headquarters.

“I went down to Arkansas Research and Technology Park in Fayetteville recently, and all of the doors on one side of a hallway had a logo of a group that had started in my class. It’s just unbelievable to me.” 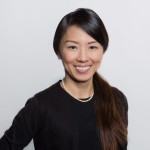 Tim McFarland February 6, 2020
Great article. Some great people doing great work. Carol, April, Stan and Sarah G. have been setting the tone for building on this supportive culture that has been developing but going to new levels. It parallels the culture of the NWA Council of leaders working to develop something that is beyond our own organization and can be such a valuable attribute to this community over the coming years.
Recent Stories