Genevieve McLeish first met David Petty in high school. She was preparing for college. He was a self-described “jock” on the football and track teams. Little did they know that their future together would keep them in the classroom for life.

In fact, one of their fourth to sixth-grade teams is the reigning state champion—a mighty feat for a 300-student public school, where 70% of children are African American and 80% are eligible for free or reduced lunch.

Genevieve McLeish-Petty taught English for most of her two decades in the classroom. When her Indianapolis high school was closed, she put her masters in embedding technology into education to work and joined David at Cold Spring in the fall of 2018.

David arrived six years prior, when he created the environmental science classes at the heart of the school’s curriculum.

Cold Spring is part of Indianapolis Public School’s relatively new Innovation Schools Network. Created in the 2015-16 school year, these “innovation schools” have the greatest amount of operational and academic flexibility of all district schools.

“We teach public school students, but our school has its own school board and governing body,” David explains. “Teachers have more of a voice in what’s being done.”

One challenge: Building a sense of community at a magnet school where students are bused in from throughout the district. To strengthen student bonds, David proposed borrowing a page from the world’s most famous fictional school—Hogwarts. “We will implement next year a house system, where students compete together to win points.”

Another challenge originates far from the classroom. As Genevieve sums it up: “How do schools with limited resources teach kids who are going home to lives that aren’t fairy tales?”

There needs to be an emphasis nationwide in urban schools on social-emotional learning.

The answer to that question is personal for the couple. “I was that kid who was always in trouble,” explains David, who himself left a troubled home at age 16.

“There needs to be an emphasis nationwide in urban schools on social-emotional learning,” he says. “It’s hard for a kid to focus when traumatic situations have not been dealt with. We have a psychologist who comes 1-2 times a week, but that doesn’t assist us day to day in the classroom.”

Enter the robotics program. It began with two competitive teams of 12.

“If we all got to teach classes with 12 kids, it would be amazing,” Genevieve says. “I know when a student’s parent is arrested, and it’s a bad home situation. I check in every morning and talk about the night before. I have been able to make that bond because of robotics.”

“When we actually get outside and do things like build compressed air airplanes, there are different science skills and physics to understand,” David explains. “This appeals to kids who don’t want to sit down and do a math problem or read a science book.”

Practical “maker” solutions abound at Cold Spring: One group of students built a mobile solar power station that they can wheel around the 39-acre campus. Another constructed a hydropower station along the property’s creek. One of the biggest challenges facing our nation is an aging Baby Boom generation. So, another team conceptualized ROSE (Robots Offering Safety for Elderly), a robot that helps seniors in their homes, as an alternative to assisted living.

“When we can show how things works, it has an empowering effect,” Genevieve explains.

“We want to create thinkers,” David adds. “We don’t want them to memorize facts, but know how to use those facts.”

Genevieve uses Dash and Dot robots in her regular computer science classes. But “there was no time for the kids who really enjoyed it.” So, she started the junior robotics teams for the youngest students. Now kindergarteners at Cold Spring are customizing the classroom robots to complete special underwater missions, using nothing more than Legos, popsicle sticks and masking tape.

“When people from other schools ask what can make a difference, often my answer is time,” Genevieve explains. “We get to have kids with us 45 minutes four days a week. They stay after school a minimum of two days a week for an additional hour and a half. If we don’t have a competition on a Saturday, they ask if we can come in and practice. They would rather be here with each other doing robotics.”

Some nights, as many as 40 kids show up to participate in the junior program, which welcomes all who have an interest. “It’s a very mixed group of kids—techie kids who are computer coders, the artsy ones who are good at drawing and design, the gamers who like to drive the robot.”

The school now fields nine total teams, six for the juniors and three competitive fourth to sixth-grade teams. Indeed, the expanding program has become a magnet all its own. According to David, numerous kids in the robotics program have turned down offers to attend the district’s gifted and talented school, primarily to continue with robotics.

Another secret to their program’s success? “Our school does a nice job of, ‘We’re all in this together’,” David explains.

“As a teacher, I can go to the assistant principal or social worker or operations officer and say, ‘I think this is a problem, I did research, and I would love to implement this idea.’ If more schools and districts took that attitude of (recognizing that) teachers are on the front line (and asking them) - 'What do you see as problems? How would you address them? - I think that would make a huge difference.”

“A lot comes from the fact that we say to the administration, 'This could help,' and they find ways to get it,” Genevieve adds. “We have a lot more freedom in creating makers—kids who know how to build something, change something and be whatever they want to be.” 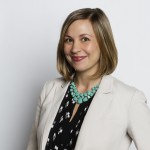