Last October, when Thomasville Heights Elementary held its first parent-teacher conferences of the new school year, staff at the southeast Atlanta school had modest expectations about how many parents or guardians would attend.

For years, Thomasville Heights was ranked one of the worst-performing in Georgia. Located in a low-income and highly transient neighborhood, in recent years the school had endured a turnover rate among students in excess of 40%. There was no active PTA.

But this year was different.

As part of Atlanta Public School’s strategy to turnaround struggling schools, Thomasville Heights was in its first year of operation by Purpose Built Schools. The nonprofit group had entered a long-term contract with APS to transform Thomasville Heights into a high-performing school and forge ties with the community it serves.

Only eight parents came to Thomasville Heights for those first parent-teacher conferences.

To the school’s new administrators, the turnout underscored the need to build strong relationships with parents – and to demonstrate Purpose Built’s commitment to supporting both the students and the community in which they lived.

he school launched a concerted effort to engage parents and establish Thomasville Heights as a strong community partner.

“First and foremost, we made the school an opening and welcoming environment,” says Teresa Erold, director of strategic partnerships at Thomasville Heights.

Almost 90% of students at the school live in a 396-unit subsidized housing complex across the street from Thomasville Heights Elementary.

During several meetings with the community over the summer of 2016, before the school reopened, Teresa identified a core group of parents who had been actively engaged in discussions with Atlanta Public Schools about the turnaround strategy for Thomasville Heights.

“We noticed our biggest issue was communication. How do we get information out into the community? I couldn’t do it by myself. I wasn’t from around here, but I knew these parents and I said, ‘Hey do you mind helping?’”

“Each day, there is a new parent who wants to be involved. That’s how we measure our success.” – Gino Turner

Teresa worked with parents to re-establish a PTA, and Thomasville Heights held an election to establish a “GO Team,” a governance board comprised of community members and staff who weigh in on the school’s budget and strategic direction.

Parents at Thomasville Heights were asked to provide ideas for new programming and offer weekly feedback on what was working – and what needed improvement – as the new school model was implemented.

When staff learned that parent Joeann Mathis had a passion for growing vegetables, they encouraged her to plant a raised bed garden in the green space behind the school, where she tends to tomatoes, squash and other vegetables.

“Miss Teresa asked me what I like. I told them I like gardening. So they made it possible for me to have a nice garden in the back,” says Joeann. “It’s something I take pride in and that I can share with the students.”

The school held a workshop on repairing credit and also started a bike club for students attending after-school programs – both ideas that came from parents and community members. Thomasville Heights established a two-hour-per-day after-school program that runs until 6 p.m., keeping 200 children engaged in learning and recreation five days a week. Two full-time family therapists work with about 40 families.

“When they say they are going to do something, it’s getting done,” says Quarticia Snow, who has three children at Thomasville Heights.

The parents say they have already witnessed improvements at the school. New math and literacy labs provide intense support for struggling students. The literacy labs serve 198 students in kindergarten through fifth grade, while the math lab serves 174 students.

Students are also progressing outside the classroom. When they model virtues like respect, hard work and honesty, Thomasville Heights principal Nicole Jones invites them to her office to call their parents with the good news.

“Several parents have literally cried. They say, ‘I have never gotten a positive behavior call about my child,’” says Nicole.

New enrichments classes include dance, band and robotics, which were not previously available at Thomasville Heights.

“At first I was kind of worried about everything because there was a lot of new staff in the building. Trust was a big issue,” says Kimberley Dukes, who has five children enrolled at Thomasville Heights.

“But what has been great is that the school also looks to the parents and asks, ‘What are our goals? What’s important to us?’” she adds. “The best part is helping make decisions for our kids.”

Parent Sherrilyn Cullins says she has seen a “big change” in her daughter, a fifth grader. “She learns something new every day. She moves forward every day.”

“I am so proud of this group of parents. We wouldn’t have gotten this far if it wasn’t for them.” – Teresa Erold

Between September 2016 and January 2017, more than 260 parents and guardians, representing 211 families, had attended at least one parent event – representing about two-thirds of all Thomasville Heights families.

Eighteen parents had been to five or more parent events.

Perhaps the biggest sign of the stronger bond between the school and parents is the emergence of an active PTA, which has raised $1,500. Kimberley, who is the PTA president, and her fellow parents shouldered responsibility for increasing attendance at parent-teacher conferences. They are de facto ambassadors for the school, spreading word in the community about upcoming events and ongoing school improvements.

“We went out, every day, making sure we passed out fliers, knocked on doors and got parents to come out. I think we did a good job,” she says.

The result? Sixty-four parents attended the second set of conferences, and 75 came to the end-of-year meetings.

“I am so proud of this group of parents,” Teresa says. “We wouldn’t have gotten this far if it wasn’t for them.”

Purpose Built Schools administrators are excited about the community bonds being created at Thomasville Heights – and want to replicate it when they assume operations at three other schools within the same cluster over the next two years.

“Too often, communities don’t feel welcome in schools anymore,” says Teresa. “They are sometimes like two separate entities, when the opposite should be true. The school is here for the community.”

Gino Turner, a community activist who grew up in the neighborhood and attended Thomasville Heights Elementary, says the improvements at the school are having a ripple effect in the community.

Only 25% of working-age adults have jobs. To help build stability within the community for families and students, Thomasville Heights Elementary hired several parents in part-time staff positions. They work 30 hours a week, primarily preparing and serving meals in the school cafeteria. “We have to be able to invest in the school and the students, like Purpose Built did,” says Gino.

“I don’t take a single day here for granted. Each day I get to make a difference – and be the difference – in the child that I hope will be a successful person,” he adds.

“Each day, there is a new parent who wants to be involved. That’s how we measure our success.”

The Walton Family Foundation provided support for the turnaround plan at Thomasville Heights Elementary. This is the second of two articles about community engagement efforts at the school. 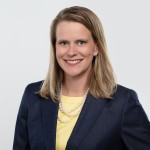