Collaborative Approach Will Lead to Better Water Policy in Arizona

Arizonans are no strangers to living in a world where managing water, and the lack of it, requires innovation and the ability to do more with less. But even by Arizona standards we’re facing unprecedented challenges. Since Jan. 1, Arizona is receiving nearly 20% less water from its primary water supply, the Colorado River.

The cuts–dictated by the water sharing agreement between Colorado River Basin states and tribal nations–are triggered by the long-standing drought, climate change, and reduced water reserves in Lake Mead. The impact will be felt most severely by Arizona farmers who grow cotton, alfalfa and barley, as well as raise beef cattle and produce milk. But the full impact goes far beyond and will have a ripple effect impacting the state's economy as a whole.

Protecting the health of the river and its surrounding environment is essential to ensure enough water is available now and in the future. Both the state and federal government have taken important steps to address the West’s escalating water shortage. The recently passed bipartisan infrastructure law allocates $8.3 billion to western water and Gov. Doug Ducey has also announced $1 billion in water-related investments. These commitments are critical, and the projects we choose to prioritize with this funding, along with other guiding policies, will determine our success. Working together, we can embrace innovation and let go of outdated thinking so we can better protect Arizona’s water resources.

The Walton Family Foundation has worked with community groups, farmers and ranchers, conservationists, and tribal nations in Arizona and other basin states for the last 13 years, and the work done by these groups provides important models for success. On Arizona’s Verde River, farmers and conservation groups are collaborating to improve river flows. Approaches include crop switching from alfalfa to less water-intensive barley, removing water wasting and non-native invasive plants, managing rural groundwater resources, and installing water-saving irrigation systems. On a larger scale, these types of actions can have an outsized impact.

Arizona farmers have also gained significant water savings through programs that compensate them for voluntarily curtailing water use by reducing acres farmed (or adopting other agricultural management practices such as growing different crops) for set periods of time. These agreements have been implemented in multiple areas with farmers determining how to manage their fields and bottom lines in ways that work for them, the environment, and for their neighbors across the system.

The solutions outlined above only work if those impacted by the water shortage have a say in the decisions being made. As funding allocations and policies are determined, farmers, ranchers, and other rural interests need to be represented along with cities. And, it is critical that the voices of communities — especially tribal communities who have been left out of past water discussions — have their needs elevated. When water managers negotiated the Colorado River’s 2007 Interim Guidelines, which built the framework for current drought operations of Lake Powell and Lake Mead, the 30 tribes in the watershed were left out of the conversation.

Significant progress was made in 2019 with the development of the Drought Contingency Plan — an updated conservation agreement designed to cope with continued drought and water losses. The updated plan was a collaborative success with all seven states, conservation advocates, philanthropies and tribal communities such as the Colorado River Indian Tribes and Gila River Indian Community coming together to find solutions.

We have a chance to replicate this effort as the expiration of both the 2007 Interim Guidelines and Drought Contingency Plan approaches at the end of 2025. These renegotiations are critical as the drought in the West continues and the long-term stable management of the Colorado River will determine access to water for the next generations. A similar approach could be used to develop approaches to more effective groundwater management in rural Arizona.

With a collaborative approach to water conservation and management, and a willingness to try and invest in innovative solutions, Arizona can continue to do what residents have done since the state’s founding: find ways to live, work, and thrive in a place where water is a scarce and vital resource that must be protected.

This article was originally published March 4, 2022 in the Pnoenix Business Journal. 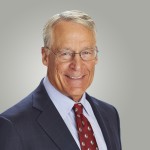