How a Restored Stream Gave Fresh Life to a Delta Wetland

When Jason Milks first visited the Dark Corner wetland in the Arkansas Delta in 2012, the 30-acre marsh was disconnected from the natural stream that had coursed through it for generations.

In the mid-20th century, the property’s landowner had diverted the original creek into a manmade ditch so the land could be drained and put into agricultural production.

Farming rice and soybeans proved to be a marginal enterprise in the frequently-flooded area and the land was ultimately placed in Wetland Reserve Program conservation easement, providing habitat for fish and wildlife.

But the wetland was never reconnected to the stream that, laden with nutrients and sediment, flowed around the marsh and downstream into Bayou DeView and eventually the Mississippi River.

Now eight years later, a river runs through the wetland once again, thanks to Jason and fellow conservationists who led an innovative restoration project to reconnect the Dark Corner Creek to its original streambed.

“What’s it like to rebuild a river? It’s pretty cool, to be honest with you,” says Jason, Delta project director at The Nature Conservancy (TNC) in Arkansas. "It's gratifying."

The unique restoration project grew out of a shared desire by TNC, the Arkansas Natural Heritage Commission (ANHC) and the National Resources Conservation Service (NRCS), the federal agency which manages the wetland property, to improve water quality in the Dark Corner Creek watershed.

Excess nutrients from agricultural fertilizers have been polluting rivers and streams in Arkansas and the Mississippi River basin for decades, ultimately draining into the Gulf of Mexico and contributing to a vast hypoxic dead zone.

The idea with the Dark Corner Creek project was to replicate, as closely as possible, the original streambed and restore the wetland’s natural function, to cleanse and filter water that flows through the marsh.

“For a wetland to improve water quality, it has to receive water,” Jason says. “It has plants and soil compounds that filter out and absorb excess nitrogen and phosphorous. We wanted to recreate that filter and clean up that water as it flowed downstream.”

The Walton Family Foundation provided capacity funding to help push the project to completion, including design work for the project.

The foundation also supports capacity at TNC in Arkansas and other groups as part of the Tri-State Conservation Partnership, which has leveraged an average of $15 of federal investment in restoration for every $1 spent.

“Even though this wetland was in conservation easement, it wasn’t collecting any runoff from the agricultural land upstream because all of that water was just flowing around it in an artificial ditch,” says Jason.

“This wetland was nice for collecting rainwater. We saw the potential to redo the hydrology correctly and get this extra benefit to water quality.”

Using old topographic maps, Jason and members of his team identified the location of the original streambed, surveyed for its lowest points and designed the replicated creek.

“We had to figure out how many bends we needed and how deep it had to be to convey the right amount of water without eroding those banks. We wanted it to flood. We didn’t want it to erode,” Jason says.

“It was a cool science project from top to bottom.”

NRCS provided the funding and a private restoration contractor drained the wetland, cut the new channel and completed the restoration within several months in 2017.

ANHC purchased the property from the original landowner in the mid-2000s and included it as part of the Benson Creek Natural Area.

The U.S. Fish and Wildlife Service’s Cache River National Wildlife Refuge lies adjacent to the property and also assisted with building a crossing to traverse the newly built creek.

Since its completion, the project has proven an unqualified success.

TNC has installed water-quality monitoring stations in the creek before it enters the property and another where it leaves the wetland.

Data collected twice a month has shown a drop in average water turbidity and lower levels of nitrogen and sediment.

“We can see the improvement in water quality between those two locations. It’s working,” Jason says.

There are other benefits.

Waterfowl and fish habitat is improving and the area is becoming a popular site for birdwatching and floating.

“It all floods when the rivers are high but then it goes back down, so the habitat is rejuvenated by the cycle of flooding and drying out. It’s much better for wildlife habitat in that way.”

Jason says the results at Dark Corner provide a restoration model for improving water quality and restoring creeks throughout the Lower Mississippi River Alluvial Valley, where channelizing of natural streams and deforestation was pervasive for decades.

“Restoring this three-quarter mile-long stream alone doesn’t change the problems in the Gulf of Mexico. It is small-scale in a big world,” he says.

“But there’s a lot of potential for this kind of restoration across the Mississippi Alluvial Valley (MAV). If you can build these systems of wetlands and bottomland hardwood forests that flood and create these natural filters, you will end up with a lot fewer nutrients in the Mississippi River and the Gulf of Mexico.” 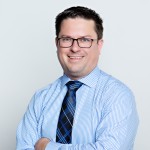 Paul Wolfe
Program Officer, Environment Program
Paul is a program officer at the Walton Family Foundation for the Environment Program, where he works on the Mississippi River initiative on supply chain, forest restoration and the farm bill.
Comments
Log in to post a comment...
Recent Stories