Environment
Daylin Muñoz-Nuñez
From mending equipment to processing catch, to sales, women do jobs critical to the industry’s success

Each morning at 4 a.m., Viviana Quezada rises to prepare for another day in Baja California Sur. As the men get ready to head off in the dark on small, open skiffs to harvest lobster, Viviana gathers lunch for the crew, which includes her husband. When the men motor out toward the horizon line, she begins her work painting buoys and stretching rope, alongside the more traditional roles of caring for her family and community.

Viviana’s story is a familiar one. In Mexico, two million households rely on fisheries for their livelihoods. And while men largely receive the credit as those doing the fishing, women play an outsized role in keeping the industry running smoothly – from mending equipment, to processing catch to billing, marketing and sales.

The contributions of women to Mexico’s fisheries could easily be the equivalent of a second working day, on top of primary employment and household responsibilities. Yet women are barely counted in official workforce tallies and face discrimination when it comes to fisheries decision-making, spaces that are traditionally dominated by men.

In Mexico, small-scale fishers organize themselves into cooperatives, and when a fisher dies, his cooperative membership – and voice in decision-making – is inherited by his sons, not his wife or daughters, even if they participate in the harvesting or processing of seafood products.

“Women are participants in this value chain, but sometimes they don’t even realize it,” says Neyra Solano, a gender equality specialist at Comunidad y Biodiversidad (COBI), a Walton Family Foundation grantee. “Our goal is to make their important role more visible, measure it, and make sure they are building social capital in the form of both compensation and participation in fishery decisions.”

For over two decades, COBI has collaborated with women and men in 34 Mexican fishing communities to create models of sustainability that can be expanded through Latin America and the Caribbean, and that recognize the inherent value that women play in the fishing economy.

If we can include women and men equally in the decision-making, it will lead to a diversity of thought and ultimately make [fishing] communities more resilient.”

When it comes to sustainably managing fisheries in Mexico, women have proven ideal citizen scientists. Monitoring catch and boats can be done by women from the beach, in the company of children and between their other responsibilities.

The traditional role of women as caretakers, Neyra says, also extends to conservation efforts in these fisheries and in teaching the next generation more sustainable ways of managing their catch. “Men mainly participate in extraction, but women see the whole picture. If we can include women and men equally in decision-making, it will lead to a diversity of thought and ultimately make communities more resilient in the face of climate change and other concerns,” she says.

Advancing gender equality in a country where 92% of the recognized fishers are men will take time.

To get there, COBI is assembling a number of resources and initiatives. They recently completed the first comprehensive research detailing the inclusion of women in three key Mexican fisheries – spiny lobster, red lobster and pen shell – and offered recommendations on how to ensure that women’s roles in small-scale fisheries are visible, acknowledged and accounted for in official data.

They also have created community leadership programs in 16 different communities, educating fishers on women’s existing and potential contributions to thriving, sustainable fisheries. COBI is also working to map similar gender initiatives across Latin America, so that advocates can join forces for more systemic change in the region.

Through the work of COBI and other partners, the contributions of women to Mexico’s fisheries are rising to the surface, no longer obstructed by generations of traditionally gendered discrimination. The task at hand now is to ensure they have a seat at the decision-making table, to the benefit of communities and sustainable ecosystems everywhere. 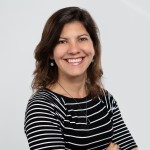