Yamilett Carrillo remembers the skepticism on the faces of conservation crew members when they began work at El Chausse, a wetlands restoration project in the Colorado River Delta of northern Mexico.

The 160-acre site, about 45 miles south of the U.S.-Mexico border, was a dry and desolate eyesore, overrun by tangled stands of tamarisk and dense thickets of arundo, a tall non-native reed.

“You cannot see it now, but with your hands, you are giving life to a forest,” Yamilett told the workers as they began the arduous task or cutting and removing the invasive species.

Four years later, El Chausse is transformed. Native cottonwoods and willows grow along the riverbank, while mesquite thrives on higher ground. Native grasses populate revived marshes. Open water has returned to this historic Colorado River oxbow. So, too, has birdsong.

“It is incredible what has been achieved,” says Yamilett, who until recently served as director of Restauremos el Colorado. The Mexico-based nonprofit secures water rights to carry out restoration in the delta, which stretches for 100 miles from the U.S. border to the Sea of Cortez.

The success of El Chausse – and several other nearby wetlands restoration projects – reflects the dedication of conservation groups like Restauremos and Pronatura Noroeste that are working to bring life and water back to the delta.

It’s also a testament to the stewardship of local residents who are reviving a riparian ecosystem sometimes written off as dead. At restoration sites like El Chausse and Miguel Alemán, near the city of San Luis Río Colorado, nonprofit organizations employ between two dozen and three dozen local workers.

I have seen their dedication firsthand during field trips to the delta that introduced me to the men and women implementing restoration and stewardship in the region. Sitting in the shade of mesquite, they shared with me their passion for building on the dream of a continuously restored river corridor.

The Colorado River once gave life to dozens of communities in Mexico, but the delta became starved of water following the construction of the Hoover Dam in the 1930s, and then the Glen Canyon Dam from 1956 to 1966.

Riparian forests of cottonwoods, willows and mesquite, as well as marsh and estuarine wetlands, once thrived across about two million acres of the delta but now cover a fraction of that area.

The attrition of natural bounty occurred over decades, with each generation’s memory and expectation of the Colorado River giving way to a shifting baseline of less and less, until what used to be a river was no more than a dry-sand bed interrupted only by narrow ribbons of invasive, non-native plants.

The Walton Family Foundation has supported the wetlands restoration in the delta for more than a decade as part of our Colorado River initiative. Working with partners such as Pronatura Noroeste and Restauremos, the foundation helps secure water rights to irrigate new wetlands and build capacity to carry out the restoration.

This work underscores a core foundation value: being rooted in the communities where we work.

“It’s very important to involve local people in restoration. Generations of residents have grown up not even knowing there is a river here,” says Mike Vargas, water and wetlands program coordinator with Pronatura Noroeste, which oversee the Miguel Alemán site.

“The city of San Luis Río Colorado is named after the river itself. With restoration, people now understand why the city has its name and how important the river is to their history,” adds Gaby Caloca, Pronatura’s water and wetlands conservation program director.

At each restoration site, crew members mark and protect existing native vegetation before removing invasive vegetation, both by hand and with heavy equipment. They replant the areas with native species grown at local nurseries, help install irrigation systems and perform site maintenance by weeding invasive plants that regrow after initial removal.

“Removing invasive species is one of the most exhausting activities crews do,” says Yamilett. “But they know that eventually they will reap the satisfaction of seeing a beautiful wetland.”

About half of Restauremos’ crew at El Chausse are women, often single parents. The youngest crew member is 23 and the oldest is 75.

“When you're young and all you see is dry sand and polluted water, you don't have a visual image in your mind of how beautiful a river can be,” Yamilett says.

“But when they see what is possible, they become connected to the land. They learn to respect nature. They become stewards.”

While these emerging islands of green still represent a fraction of the delta’s historic area, residents once skeptical about this long-neglected ecosystem are growing evermore optimistic about its potential. 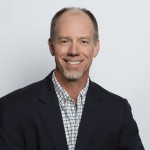 Rooted in Opportunity is a series of stories that focuses on the foundation's five core values. These are the stories that inspire us and give us hope.
Recent Stories