Environment
Jill Ozarski
In the drought-embattled Colorado River Basin, smarter home and business water use emerges as the next great untapped reservoir

Cities in the American West are among the fastest growing in the country, with residents flocking to Colorado, Southern California and other semi-arid or desert communities for the outdoor lifestyle and mild climate.

But growth comes at a cost. Roughly 40 million people now rely on the Colorado River Basin for their water, throwing supply and demand into a precarious imbalance for this essential resource on which all life—human and otherwise—depends.

Though agriculture accounts for 80 percent of water use in the region, the remaining 20 percent goes to meet fast-rising demand from homes and businesses. Indeed, fully half of all potable water used by municipalities currently is gulped down by landscaping alone.

“Building a reservoir used to mean having to build a dam or flood a canyon,” explains WaterNow’s Executive Director Cynthia Koehler, herself a veteran board member of the Marin Municipal Water District in Northern California. “Our new reservoirs are urban spaces. We have an enormous untapped supply in terms of our opportunity to be more efficient and innovative in how we use water. That’s the new reservoir.”

Traditionally, large-scale public works projects have been the preferred mechanism for municipal leaders to meet water needs. But conventional infrastructure projects can’t meet the rising challenge alone. Already, Koehler notes, there are as many dams in the U.S. as there have been days since the nation signed the Declaration of Independence.

The next frontier, she suggests, is “onsite distributed infrastructure”—using public resources to enlist homes, institutions and businesses in the collective cause of water conservation.

“The mentality has been that utilities are responsible for big infrastructure, reservoirs, tanks, pipes and treatment facilities. It’s harder for utilities to get their heads around paying for things on property they don’t own,” says Cynthia. It’s something her organization is urging municipal leaders to rethink.

Low-flow toilets, for example, are among the fastest and cheapest ways to reduce home water use. Yet the cost savings to individual homeowners are minimal. The true benefit is to the public as a whole when widespread adoption of conservation-friendly fixtures helps strike a more sustainable balance for the community’s overall water needs.

Thus the concept of onsite distributed infrastructure—small changes made across a vast network of local properties adding up to a deep ‘reservoir’ of community water savings. Just how deep? Los Angeles has added millions of residents over the past two decades, yet its water usage has remained flat. “It’s been almost entirely toilets so far,” Cynthia explains. But the big opportunity is with rebates for low water landscaping, on-site reuse and consumer water saving technology.

Like toilets, a recent change in policy at the Governmental Accounting Standards Board (GASB) won’t strike most as an exciting topic. Yet it represents a groundbreaking reform that the WaterNow Alliance, in partnership with the National League of Cities, fought hard to secure. The shift allows communities to raise capital for their “distributed infrastructure” in the same manner they do traditional infrastructure—via municipal bonds.

Throughout the Colorado River Basin, this decision could unleash hundreds of millions of dollars in long-term capital to finance a game-changing shift in municipal water conservation. “You can’t do something big without debt financing,” Cynthia explains.

“If you scale these efforts, it can have the same impact as centralized infrastructure. We aren’t opposed to conventional infrastructure, of course. But if we’re trying to be resilient in the face of climate change while also keeping rates affordable, then we need to expand the basket of tools available.”

Thanks to the GASB policy change, and the WaterNow Alliance’s ongoing work as a forum for municipal leaders pursuing this progress, that basket of tools could not be more versatile. From permeable pavements that capture and filter stormwater; to water-efficient appliances and landscaping; local leaders are exploring together a myriad of of water conservation strategies.

WaterNow’s new campaign, Tap Into Resilience, is supporting local leaders and communities in learning about and adopting these solutions.

The change in financing policy will be particularly helpful to smaller cities. Thornton, Colorado, on the state’s Front Range, for example, is working to encourage developers to use water-efficient appliances and landscaping as they build for a growing population.

“What’s universal about on-site distributed systems is that they have benefits across the board,” Cynthia says. “They are almost always cheaper. They don’t take more out of depleted river systems. They are the next best untapped opportunity.”

And the potential for progress is even greater. The Pacific Institute estimates that California could save three to five million acre feet of water each year solely through efficiency. That’s the equivalent of roughly half of all urban water use in the state, and rivals in size the state’s largest actual reservoir—Shasta Lake, which stands at 4.5 million acre feet.

When it comes to efficiency, Cynthia says, “water is finally catching up with energy.” By making innovative conservation tools easy to finance and scale, WaterNow Alliance is helping local leaders reshape the future of water in the American West—one lawn, appliance and permeable driveway at a time. 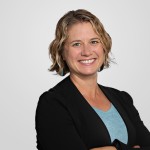