Preparing Students to Succeed at Life and Learning

When Tyechia White looks at Raymani Rhodes, she sees something of her past self in the 16-year-old high school sophomore.

Tyechia was raised by a single mother in Rocky Mount, North Carolina. Her mom worked at a daycare to pay the rent on the family’s small apartment. Her father was absent. Money was tight.

But growing up, Tyechia always believed she could rise above her circumstances. Her family’s financial situation began to improve when her mother was able to put her college degree to use, securing a middle school teaching position when Tyechia was 12.

With support from her mother and other family members, she sought out mentors – doctors, lawyers, businesspeople – who could provide guidance and serve as role models.

“I had access to people who were in a family dynamic that I aspired to have for myself,” Tyechia says. “And I had the benefit of being exposed to a lot of professionals. That made a big difference in my outlook on life.”

As a high school senior, Tyechia was awarded a Gates Millennium Scholarship, which helped cover the cost of college. She graduated from the University of North Carolina-Chapel Hill and then from Howard University Law School.

Now a commercial litigation attorney, Tyechia is giving back by mentoring Raymani through a program at Thurgood Marshall Academy, a public charter school in Washington, D.C.’s Anacostia neighborhood.

The mentorship program is one of several at Thurgood Marshall designed to give students outside-the-classroom learning experiences, helping them develop critical life skills. The school, named after the country’s first African American Supreme Court justice, partners with law firms across Washington to connect attorneys with students.

Because Thurgood Marshall is a school that is rooted in legal studies, it prioritizes teaching skills that lawyers have, such as advocacy, negotiation and critical thinking.

“One of the key priorities for me as a mentor, and as a person who came from circumstances similar to those of many of these students, is getting them to see that life exists beyond the circumstances that they see every day,” Tyechia says. “It’s about the little things that allow students to see there is a different normal.”

Tyechia and Raymani formed a deeper connection while sharing their first dinner at a restaurant in a new neighborhood for Raymani. Tyechia shared the children’s book she authored, “I Didn’t Leave Because of You,” which aims to help children cope with an absent parent. They have attended church and are looking for ways to explore new areas of the local community, such as a visit to the Frederick Douglas house just a few blocks from the school.

Thurgood Marshall’s mentorship program is one of several ingredients – inside and outside the classroom – that has made the school a success since it opened in 2001. It boasts a 100% college acceptance rate for graduating seniors. More than 60% graduate from college, higher than the national average.

Because many students arrive at Thurgood Marshall with severe deficiencies in reading and math, the school’s curriculum provides intense focus on those skills.

“We don’t want every student to become a lawyer,” says Giselle Pole, the school’s director of development and strategic partnerships. “What we do want is for them to have the skills that lawyers and many professionals have in order to succeed in college and beyond college. How do you think critically? How do make your case and argue your point without resorting to violence or losing your temper? How do you negotiate?”

She adds: “In school, we are flooding them with academic course work. When they are outside of school, however, we want them to be exposed to many types of individuals and many different types of experiences. The more adult mentors that they have, we think it will help them become more well-rounded individuals.”

Though still a sophomore, Raymani has already begun checking out potential colleges, spurred on by encouragement from Tyechia.

As much as Raymani admires her mentor, she intends to study child psychology, not law, in college. 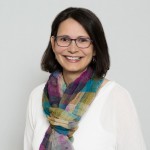