River at Risk: The Mississippi

Environment
Moira Mcdonald
The Mississippi River is remarkable because, every day, almost 20 million people in 50 cities depend on it for their drinking water.

It begins, like every river, as little more than a trickle. A modest stream draining a tiny glacial lake in northern Minnesota.

By the time the Mississippi River reaches the Gulf of Mexico some 2,320 miles later, it has become – as Mark Twain described it – “in all ways remarkable.”

That adjective rings true as much today as it did in the 19th century.

The Mississippi River is remarkable because, every day, almost 20 million people in 50 cities depend on it for their drinking water. The rich soils within its vast watershed produce 90% of our country’s farm exports.

Now, as it was during Twain’s life, the Mississippi is an aquatic superhighway that carries most of that agricultural bounty to market, contributing billions of dollars each year to America’s economy.

It is also a river at risk.

The Mississippi River and its tributaries have been plagued by nutrient runoff, specifically excess nitrogen and phosphorous. These nutrients are essential to growing soybeans and corn but are often unintentionally lost to rivers and streams, where they become a pollutant and waste farmers’ money.

Our current system for regulating clean water has done a good job of reducing industrial pollution, but it is not well equipped to address one of the biggest problems facing our rivers – nutrient runoff from agriculture and other land uses.

Up and down the Mississippi, the impacts on water quality have been profound.

About 40% of streams in the Mississippi watershed are impaired by nutrients, and swimming and fishing are not advisable. In states such as Iowa and Minnesota, beaches face frequent closure in summer due to algae blooms.

All of that nitrogen and phosphorous runoff ultimately ends up in the Gulf of Mexico, triggering rapid overgrowth of algae. As algae dies and decays, the decomposition process consumes oxygen, robbing Gulf waters of adequate levels of dissolved oxygen and creating a ‘dead zone’ where aquatic life must either move or die.

In 2015, the ‘dead zone’ of depleted oxygen in the Gulf of Mexico was roughly 6,500 square miles in size, about the size of Connecticut.

To address the problem, the Environmental Protection Agency set a goal of reducing the nutrient load in the Mississippi River by 45%.

The good news? There are conservation solutions that maintain or even increase the productivity of some of our richest farmland while improving water quality. At the Walton Family Foundation, we have been working since 2009 to develop a partnership with agriculture to advance common sense, farmer friendly solutions to water quality problems.

For example, in upper Mississippi River basin states like Illinois, Iowa and Indiana, we work with partners to encourage farmers to implement conservation practices that improve their most important resource, the soil.

A river is the sum of all it gathers on its course.

Cover crops are an important tool that can improve both soil health and water quality. These crops are planted in the fall, after the main crop has been harvested and killed off or plowed under before the new crop is planted in the spring. Cover crops improve the land’s ability to hold water, and over time can reduce the amount of nutrients that wash into the Mississippi River basin.

Over the past five years, working with our grantees, we have seen farmers begin to change practices on 1 million acres of cropland. Encouraged by those results, we’ve set a goal of help changing practices on 10 million additional acres over the next five years.

At the same time, we are working with farmers to take marginal land – particularly land that is frequently flooded – out of production by returning it to pasture, wetlands or forest.

We’re realistic about the challenge. Large-scale changes to the way we farm will not happen unless farmers can see the economic benefit. We know that to make big changes, we have to align conservation with the right economic incentives. The path to success runs through the federal Farm Bill, which is up for renewal next year.

Today’s farm programs have helped America’s farmers become the most productive in the world, but they have not done enough to promote conservation, particularly to safeguard clean water. Farm programs should provide incentives to farmers who are successful in improving soil health.

A river is the sum of all it gathers on its course.

At the port of New Orleans, only 100 miles from the Mississippi’s mouth, you can stand on the levee and understand clearly why its health is so vital our economy and environment.

The port is full of grain barges that have carried the bounty of America’s heartland to market. Every second, 600,000 cubic feet of muddy water rushes past. It is water that carries soil and sediment from 31 states and a watershed that covers 1.2 million square miles.

We all have a stake in this river. We know the threats it faces. Working together, we can restore the mighty Mississippi to health. 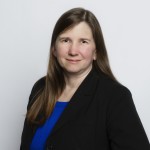