Whether it’s through football or Fortnite, third-grade teacher Davian Morgan is always looking for ways to connect with his students, to bridge the gap between educator and pupil.

“I talk to my students. I listen to them. And I find out what they love,” says Davian, who teaches at Washington, D.C.’s Ingenuity Prep public charter school.

“Then I find a way to incorporate the things that interest them into my lesson. Whether I’m teaching math or literacy, I want to do whatever I can to make the curriculum as accessible to them as possible.”

That approach has led to classroom success for Davian, a Washington native who grew up in the same southeast D.C. neighborhood where Ingenuity Prep opened in 2012. Located in Ward 8, one of the city’s poorest areas, the school serves a student population that is almost entirely African American.

“This idea that teachers need to be culturally responsive gets thrown around a lot. That’s something I pay very close attention to – that I believe is important,” Davian says.

“A lot of curriculum was not developed to serve students who are black and brown.”

As a black male teacher with history in the community, Davian says “there are definitely some ways in which I automatically connect with students, whether it’s through sport, music or literature.”

Davian hosts a small lunch group weekly with five or six of his students, “just to get to know them, talk about their day and find out what they did on the weekend.”

That investment of time pays off with better academic results, he says.

Davian recounts the story of two students who were struggling academically and behaviorally. By spending extra time with them at an after-school program, Davian learned both kids were “obsessed with football.”

He started attending their games, learned more about the sport himself and began incorporating football-related messages into his lesson plans.

“When they hear their favorite thing brought up in a lesson, they are more likely to pay attention and retain information and do well on their assignments.”

Trained as an educator through Teach for America, Davian’s first school placement was at Ingenuity Prep. Now in his fifth year at the school, Davian considers himself a mission-driven teacher. “I have a chance to give back to the very neighborhood I grew up in.”

You cannot be what you cannot see.

Black men account for only 2% of teachers in the country.

“One of the quotes I live by is, ‘You cannot be what you cannot see,’” Davian says. “I chose to be an elementary school teacher so my students could see someone who looks like them, leading a classroom. Even though they might be struggling, they can see a teacher who is successful.”

Davian is buoyed in his work by a school culture that embraces diversity and “purposeful and productive” professional development. Every Friday afternoon is devoted to four hours of staff development.

“The amount of professional development we get is amazing. And it is catered to the needs that we actually have.”

Ingenuity Prep has a high number of students with special needs and a large number who have experienced some form of trauma, such as homelessness or hunger.

For teachers, the students’ experiences outside of school create unique challenges. Davian believes teachers need more access to mental health resources to help them cope with stress and emotional strain.

“As someone who is teaching students who have been historically disadvantaged, there is pressure to be a better teacher. I can’t just be a good teacher. I have to be a great teacher,” Davian says.

Thankfully, Davian says Ingenuity Prep supports a school environment that encourages teachers to share and learn from each other’s experiences.

“Our staff culture is very close. We’re very tight,” he says. “This has been the most emotionally draining job I have ever had. But I absolutely love it.” 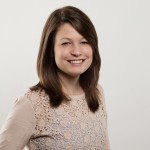