Creating Opportunities to Succeed – and to Serve

I was building a successful career in education and academia. Then I met Helen Walton

I like to say that I didn’t choose philanthropy as a career. Philanthropy chose me.

I grew up in Gurdon, a small town in southwest Arkansas. My younger brother and I were raised by my grandfather. It was mainly the three of us for most of my childhood.

My grandfather was a hard worker. We lived in town, but we had a little farm outside of town. At one time, we had as many as 42 head of hogs on it. We had a couple head of cattle and a few goats.

It was real work. I remember my grandfather saying to me, “It is not what you want to do, it is doing the right thing.”

It was good advice.

He passed away when I was 17, during my junior year of high school. After that, my brother and I took care of ourselves until we graduated from high school.

We were basically community children. Several people in the community looked out for us, even when we didn’t know it.

One of them was a man named Dr. John Small. Before my grandfather died, Dr. Small got me in a program called Upward Bound, which helped low-income kids get access to college.

He convinced my grandfather to let me go 16 miles away, to Arkadelphia, Arkansas, for a summer program at Ouachita Baptist University.

For a low-income kid from a little town, it might as well have been 1,600 miles. Then when my grandfather passed away, Dr. Small made sure I continued in the program.

Of the 17 young African American men in my class, only two of us went to college out of high school. One was a basketball player. And there was me. I enrolled in college because of the chance I got through the Upward Bound program. Dr. Small helped me gain access to that opportunity.

I was sure I wanted to become a teacher. I got a Bachelor of Science degree in (Mathematics) Education, then a Master’s of Science in (Reading) Education and took a job teaching math.

After a few years, I reached the point where I wanted to do more than teach. The University of Arkansas had a position open in their College of Education and Health Professions to coordinate minority recruitment and affairs. I applied and got the job. While there, I earned an Education Specialists Degree in Education and a Doctorate in Education Administration. I was on my way to becoming a professor.

I was inspired by Mrs. Walton’s spirit of giving. For her, philanthropy was all about making a difference in people’s lives, about doing good.

That’s when I met Helen Walton. She came to the College of Education to talk to the Dean in 1991, to get some information about grantmaking to higher education institutions.

At the time, I was an assistant to the Dean and got invited to participate. I still had my dream of a career in higher education, but that meeting changed the trajectory of my life.

I was inspired by Mrs. Walton’s spirit of giving. For her, philanthropy was all about making a difference in people’s lives, about doing good. One of her favorite quotes was, “It's not what you gather in life, but what you scatter in life that tells the kind of life you have lived.”

I joined the Walton Family Foundation full time in 1996. I was employee number three. I felt I was successful in academia, but my world was narrow. In talking to Mrs. Walton, the world was just so much bigger.

What I love about my job is the diversity of the Walton family’s philanthropy. I had the privilege of managing the Walton International Scholars program – a program started by Sam and Helen Walton – which brings underprivileged students from Latin America to attend universities in the U.S.

I worked closely with John Walton when he was starting our K-12 Education program. He believed all kids should have access to a quality education and wanted to change the current education system to allow for that access. I feel privileged to have been a part of that effort.

In my early years at the foundation, I spent a lot of time working with Mrs. Walton, who cared deeply about addressing the generational issues of extreme poverty in the Delta region of Arkansas and Mississippi. She would often drop by the office to chat, and we would talk about the challenges in the Delta.

She was always encouraging about the region’s potential. We helped bring KIPP schools to the Delta, where schools were struggling to provide a quality education for kids. We worked on revitalizing downtown Helena, Arkansas. I know we have made a difference, and that was due to Mrs. Walton’s commitment and her belief in the Delta’s potential.

In the Bible, Philip the Apostle is known as the encourager. Everybody needs encouragers in their life. Helen Walton was one of my Philips.

What service means to me is giving of yourself; your time, talent and resources to make a difference in people’s lives.

To create access to opportunity, what you want to do is unlock the door. Then hold the door open, so people can walk through and achieve their potential. 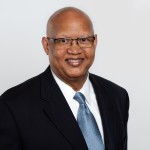 In the Field is a series featuring Walton Family Foundation staff whose commitment and passion for their work is helping create access to opportunity for people and communities.
Recent Stories