Farming is in Dennis McGarrah’s DNA. An unsurprising fact when you consider that McGarrah’s family has been working the land and feeding Washington and Benton counties, in Northwest Arkansas, since 1824.

“When I was eight years old, my grandma started me off with a little patch of tomatoes,” says Dennis. “I enjoy seeing the faces of people who eat my product, knowing they are getting the best there is. As long as I’m able, I’ll keep going.”

Dennis and his family grow tomatoes, melons, squash, peppers, corn, eggplant and okra. On top of that, their pick-your-own pumpkin patch in the fall and strawberries in the spring have made McGarrah Farms a community institution, a place where families gather to celebrate the changing of seasons and take a piece of Northwest Arkansas’ farming heritage back to their own kitchens.

But farming is a fickle business, acknowledges Dennis, and as he understands well, his acreage is always just one freeze, flood or drought away from a ruined season. This spring, Dennis says, “We’ve been drowning in strawberries, and the strawberries have been drowning in rain. In five minutes, your whole year could be gone.”

To get his produce out of the ground and into his neighbor’s kitchen quickly, Dennis partners with the Northwest Arkansas Food Conservancy, a food aggregation hub in Springdale where farmers can send their produce to be sorted, graded, packed and sold to wholesalers.

The Food Conservancy is a regional partner of Northwest Arkansas Food Systems, an effort by the Walton Family Foundation to get more local food to local people.

The purpose, says Food Conservancy executive director Diana Endicott, is to make sure farmers feel supported in their critical work of feeding communities. “The aggregation hub is a space that they can call their own, and to use in whatever capacity they need,” she says. “We want to let farmers know that if they grow it, we can sell it. The hub is part of the food landscape here, and they can rely on our expertise to help scale up and build their business.”

Dennis recently put this claim to the test, after an heirloom tomato trial he participated in with the University of Arkansas ran amok. “It was a grafting trial, and I put out my standard amount of plants. We did an excellent job, almost too excellent, and at one point I was picking 2000 pounds of tomatoes every two days,” he says.

There were so many tomatoes that Dennis’s usual markets couldn’t buy them, so the Food Conservancy stepped in with a novel idea, grating and packing the tomatoes and supplying cooler space for the glut until they found a processor that could use the excess product for heirloom tomato juice and crushed tomatoes. “Without the Food Conservancy, I would have had to leave them in the field.”

As Dennis gets older, he worries who will carry on once he is gone. “The demand for our produce is there, and we have the infrastructure in place now [with the Food Conservancy], but the average age for a farmer around here is 63. Take my grandson, he’s interested in farming, but he went and got a job with the electric company instead. He makes good money and it’s more stable. We need the younger generation to get involved, and that’s going to take some doing. They have to love it.”

Diana sees Dennis as a model for what is possible in the region. “Dennis is a leader. He’s been doing this for a long time,” she says. “He’s also pretty unique in that he is making a living as a medium-size, multi-produce farmer. He doesn’t have an off-farm job, and it shows a lot of people who are thinking about this as a career path, that it can be done here.”

To make the business of farming more appealing to the next generation, Diana and her team at the Food Conservancy are also helping small growers reach new markets with something called GroupGAP. An offshoot of USDA’s “Good Agricultural Practices” certification for larger growers, GroupGAP lets small producers pool resources to implement food safety training programs, share certification costs and sell to more to retail and institutional markets.

Through the GroupGAP process, which Diana has already successfully launched in Missouri and Kansas, she is finding that farmers are gaining more than safety certification. “These small farmers are learning from and looking out for one another. Sharing a common goal is helping create the farm communities we are trying to build.”

Dennis has joined with nine other farms in the region working towards GroupGAP certification.

“When I first tried to get certified, it was going to cost $1,000 per crop to get inspected. If I were growing 20 acres of tomatoes that wouldn’t be a problem, but I grow 2 acres,” he says. “Working with the Food Conservancy has been great, they get it all set up, help us get ready, and once we get inspected, we can sell anywhere, anyhow.”

“I’m excited about what the Food Conservancy is doing here. But if I was 20 years younger, I’d be even more excited,” says Dennis. “The Food Conservancy can take whatever you can grow and pay you good money for it. Now we just need to find some of these youngins’ that love farming and want to be their own boss. With a little diversification, you can make a pretty good living.” 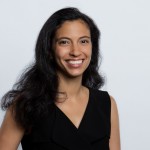