Envisioning the Future of the Louisiana Gulf Coast

Environment
Donald Boesch
What would it look like if the largest-funded restoration effort in history was successful?

This vision of the future of the Louisiana Gulf Coast over the next 50 years was developed from the perspective of an environmental scientist with nearly a half-century of experience in the diagnosis and treatment of coastal environmental deterioration in various parts of the world. It was developed with the empathy of a native, the knowledge drawn from extensive experience on the Louisiana coast, an objectivity afforded by having lived outside of the state for nearly three decades, and a perspective based on engagement in addressing environmental change at the regional scale. Within the bounds of scientific reality, it is a purposely optimistic vision, one that assumes that humankind did all the right things including environmental restoration in Louisiana, better management of the Mississippi-Atchafalaya River Basin, and limiting climate change. It seeks to describe a plausible best case for the future, one in which Louisiana’s coastal environments can be more productive and valuable than they are today. 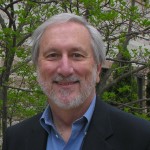