From Farmland to Forest in the Mississippi Delta

Howard Brent understands the power of the Mississippi River. A former riverboat captain, who piloted barges on the Mississippi for more than 40 years, Howard says he has “muddy water running in my veins.”

But it wasn’t until Howard had retired from his barge business, and taken up farming the bottomlands of Mississippi’s Delta region, that he learned the devastation the river can cause during its worst flood years.

In 2011, backwater flooding from the Mississippi pushed 75 miles up the Yazoo River and covered his family’s property in 10 feet of water. The flooding reached the second floor of Howard’s hunting lodge and drowned a 510-acre bumper crop of winter wheat.

“That wheat crop was one of the best I’d ever had, but I lost the whole thing,” he says. 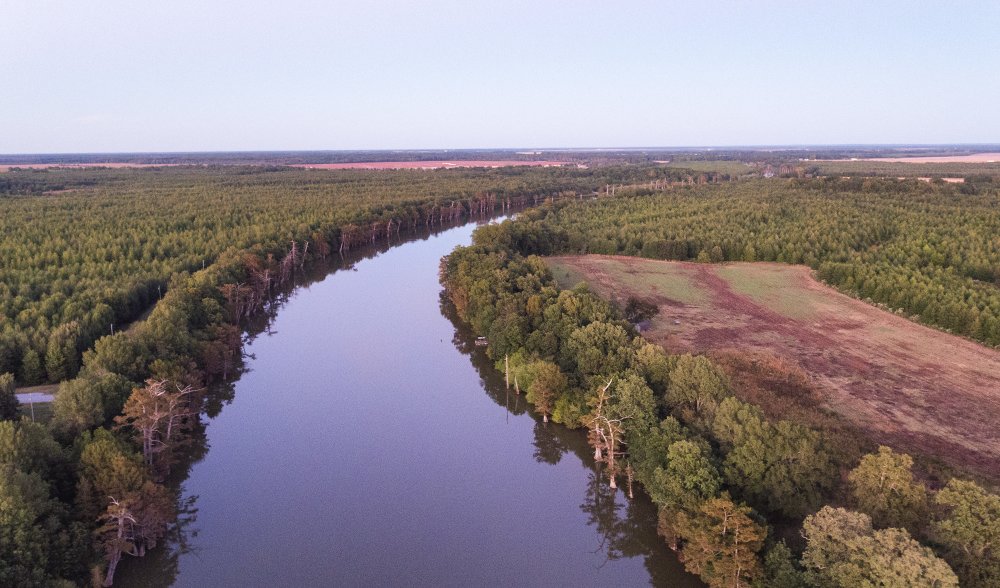 It was the last time Howard planted a crop.

Fed up with the high risk of farming land that was frequently flooded, Howard enrolled those 510 acres in a federal conservation program and replanted them to hardwood forest. It completed a farmland-to-forest transition Howard and his family had begun in the early 1990s across their 4,600-acre property, near the Delta town of Yazoo City.

“We just weren't making any money with the farm,” Howard says.

With his decision to replant his land to trees, Howard has helped author an unsung environmental success story – the revival of bottomland hardwood forests across the lower Mississippi River valley.

A quarter century after Congress authorized the federal Wetlands Reserve Program and the Agricultural Conservation Easement Program (Wetlands Reserve Easements), more than 700,000 acres have been restored and permanently protected in Mississippi, Arkansas and Louisiana.

The conservation programs have been a boon for wildlife across the Delta, providing more habitat for waterfowl in one of the continent’s main migratory bird flyways, and one of the South’s premier duck hunting regions. It’s also helped secure the future of the Louisiana black bear, which was recently delisted as a federal threatened species and is now living and reproducing in reforested lands.

By removing low-lying, less productive lands from agricultural production, and creating buffer zones between croplands and waterways, fewer nutrients like nitrogen and phosphorous are being washed downstream, improving water quality in the Mississippi River and the Gulf of Mexico.

But the environmental benefits have also produced economic gains for landowners like Howard.

Through the Farm Bill, landowners are paid to place their land in conservation easements and can be compensated for between 75% and 100% of the cost of restoration. While the government directs the restoration, the land stays in private hands.

Additionally, many landowners like Howard earn income by opening reforested land to hunters. Howard’s ‘Panther Tract Hunting Club’ is popular among duck hunters, deer hunters and wild boar hunters, who travel from across the South to the Brent family lodge.

“I've got some good people that lease part of the hunting club, to bring their families to hunt,” Howard says. “Because of the tree and hunting leases, I can use the money to reinvest in conservation.”

The Mississippi Alluvial Valley was thick with bottomland hardwood forests for centuries before high commodity prices prompted landowners to begin clearing hundreds of thousands of acres for farming, mostly in the 1950s and 1960s.
Howard and three partners brought the Panther Tract property, which borders the 38,500-acre Panther Swamp National Wildlife Refuge, in 1978.

He and his children bought out the other partners in 1990 and began slowly planting hardwood trees on the least productive land.

“This place just floods too often. We've had several floods where you couldn't even get on the land to harvest it,” Howard says. “So every time we could get a chance to plant more trees we would plant more trees.”

Jessica Brent, one of Howard’s daughters, says “this is land that should have never been cleared to start with.”

She adds: “So many years we had either poor crops because it didn't rain, or it rained too much, or it flooded. Farming was such a huge gamble.”

The Walton Family Foundation is supporting bottomland hardwood reforestation as part of efforts to improve water quality throughout the Mississippi River basin, partnering with The Nature Conservancy, Ducks Unlimited, Wildlife Mississippi and Mississippi State University on habitat restoration and outreach to private landowners.

Since 2009, the foundation has helped reforest more than 85,000 acres of bottomland hardwoods.

Jessica says her family has talked about making the Panther Tract Hunting Club a year-round operation that includes summer camps so children can come and enjoy the outdoors, fish, hike and see wildlife.

“I'm so proud of what daddy’s done, what a legacy he's left. He’s taken the land back to the way it was originally,” Jessica says. “My children have grown up with wide open spaces to run through and appreciate wildlife, and hopefully more kids can get into that.”

These days, Howard likes nothing better than driving the trails of Panther Tract, taking pictures of wildlife and appreciating the transformation of the landscape.

“It’s just really thrilling me to ride around and see the quail fly up and to watch the deer,” he says.

“We’ve got ash trees. We’ve got all kinds of oak trees - pin oaks, water oaks, white oaks, red oaks. It has been wonderful there to see the trees grow up over the years.”