The rains started in early May, a series of near-constant showers across southeastern Iowa that – over the course of the month – totaled 15 inches in all.

But while thousands of farmers across the state and throughout the Midwest endured record rainfalls and heavy flooding that wreaked havoc during planting season, Mitchell Hora’s corn fields weathered the storms just fine.

His secret? Cover crops, which he planted the previous fall on his farm near Washington, Iowa. “Our cover crops pulled the extra moisture out of the soil so our corn and soybeans didn’t drown out. We actually only had one acre that we had to replant, which is fantastic,” says Mitchell.

“A lot of other farmers had drown-outs where they had to replant. That costs a lot of money. In a farm economy that is super tight, anything you can do to save is huge.”

Mitchell began planting cover crops four years ago on land his family has been farming for seven generations.

The conservation practice is growing in popularity across Iowa and the Midwest as a way to build soil health and resilience.

They prevent soil erosion by keeping plant ‘roots in the ground’ in cool seasons when corn and soybeans aren’t growing, absorbing nutrients that might otherwise leach into rivers and streams. They also increase organic matter and reduce the need for fertilizer.

And they help hold water, making land less susceptible to flooding and drought. That’s becoming increasingly important amid concerns that ‘wet years’ like 2019 in the Midwest may become more common as the climate changes.

“If you invest in cover crops, you are building resiliency by retaining the water on your field for when you have a drought,” says Cody Smith, a policy associate with the Center for Rural Affairs, a Walton Family Foundation grantee.

Just as cover crops helped Mitchell’s crop survive a wet spring, the moisture saved in the soil proved critical during a July drought, when only half an inch of rain fell.

“Because of that, when everybody else’s crop was rolling up and looking really sickly, ours was doing just fine. That translates to higher yield.”

The Center for Rural Affairs recently hosted a ‘field day’ with Mitchell’s soil health consulting company to demonstrate the impact cover crops can have on building healthier soil and increasing yields.

Liz Haney, a Texas-based soil scientist who spoke at the field day, calls cover crops and other ‘regenerative agriculture’ practices like no-till farming “the solution to a lot of the problems” farmers face in maintaining healthy soil after decades of planting just two main crops.

It’s a way for farmers “to work with nature” to grow better crops and improve their land, Liz says.

“There are no monocultures in nature. Nature seeks balance. If left undisturbed or managed properly, soil is very resilient to changes in weather patterns,” she says.

Mitchell calls this the best way to grow “happy corn.”

The foundation is working with grassroots organizations like the Center for Rural Affairs to advance farming practices that help ease the risk of extreme flooding over the long term.

Restoring water-holding capacity to the soil and the landscape has the potential to help lower the threat. It can also help reduce the environmental harm from agricultural nutrient runoff in the Mississippi River basin, which created the ‘dead zone’ of depleted oxygen in the Gulf of Mexico.

“The dead zone in the Gulf is 8,500 square miles. That’s huge,” says Liz. “Farmers care about water quality because it’s their money – in fertilizer nutrients – that’s running off into the ocean. Not only is it an environmental disaster, it’s an economic disaster for the people putting nutrients on their land.”

For Mitchell, the economic and environmental benefits gained through regenerative agriculture are key to maintaining a thriving lifestyle for family farms and small towns across the Midwest.

“We have been farming some of this ground for 150 years and we want to make sure it’s healthy and stable for seven generations and more to come,” he says.

“It’s important that we maintain the livelihood of rural America - so families can invest in their churches, schools and communities.” 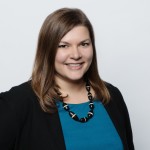