Environment
Heather D'Agnes
In West Papua, fishing villages are helping ensure the long-term health of a resource critical to their survival.

The coastal peoples of West Papua, Indonesia are extremely special – they come from customary tribes that have inhabited the area for millennia and are rightfully proud of their tribal customs and way of life.

They fish, mostly to eat, but also to sell when they need money. And most importantly, they have a deep respect for the sea.

I witnessed the West Papuans’ reverence for the ocean on a recent trip to the region, where the Walton Family Foundation has been investing deeply in marine conservation for 15 years.

What I saw in these fishing communities made me proud – not only of what the people have achieved in protecting their resources, but also of the role the foundation has played in helping ensure a future of healthy oceans and healthy fisheries.

The waters surrounding West Papua hold one of the most beautiful systems of coral reefs and coastal areas in the world, supporting an astonishing variety of marine life and the world’s largest mangrove forest.

The incredible diversity of fish species has created a bounty essential for the survival of fishing communities along the coastline for generations. The establishment in recent years of a dozen marine protected areas has provided timely, critical stability for families who depend so heavily on the sea and the fish therein for their food and their day to day living.

When the foundation began its marine conversation work in West Papua in 2004, the customary traditions of the province’s people were increasingly threatened by the encroachment of modern society.

Migrants from other parts of Indonesia were moving into West Papua, eager to exploit the abundant natural resources and tourists were starting to arrive to explore the region’s environmental riches.

Local peoples were not equipped to manage changes that threatened their very existence.

While the foundation started working in West Papua because it cared about preserving beautiful coral reefs, our grantees quickly realized that the key to conservation success was empowering the region's people to be in complete control of the conservation so that it would be for them and by them into the future.

Rather than setting aside marine protected areas managed by government officials, organizations like Conservation International and The Nature Conservancy worked directly with local tribes and communities to identify and directly control the coastal areas they want to protect. Local community members, including women, were tapped to establish management teams, patrol the waters, and work for the park authority when it was created.

Fast forward to 2019 and the situation is dramatically improved. The pristine coral reefs are still teeming with life, but local West Papuan communities are setting their own rules about who can fish those waters, determining which fishing areas are for their use only, and deciding how tourism and its benefits would evolve in the area.

I participated in an event with two separate West Papuan Tribes –the Matbat and the Matlou –who worked together to declare an area of 300,000 hectares, approximately 1,000 square miles, off limits to fishing by outside fishers.

I also met with a group of women who had formed the community’s first-ever women’s group dedicated to the environment.

These women had decided to close off the coastal area outside of their village to any kind of fishing for a few months, allowing the sea cucumbers, crocus clams and other high-value bottom dwelling sea creatures to grow – a concept known as a seasonal closure.

They patrolled the closed area day and night and when the time came to open the area, the women allowed the village fishermen to collect those creatures for a small fee.

At the end of two days’ harvest, the village had collected thousands of these high value species and the women had made over $5,000, all of which they intended to put towards their children’s school fees and the village Christmas celebration.

What impressed me most about this story was that this was the first time these women had ever been able to make a decision like this about community resources. They expressed great pride at assuming leadership roles, for the first time, in their community.

Four of the women in the group even learned how to dive and collect the sea cucumbers for themselves. After this first success, the women have decided to expand the area that will be closed and put in a new closure in the new year.

The foundation remains committed to ensuring this kind of progress continues. It’s at the heart of our long-term environmental efforts in Indonesia.

We understand it takes time to build trust with local peoples and ensure full community ownership over the conservation of marine resources.

West Papua is not always an easy place to work. It is remote and the people are still largely disconnected from modern society. They live by traditions passed down over centuries, and often are skeptical of outsiders who they worry bring only difficult and unfair changes to their customary way of life.

The foundation’s success lies in partnership with grantees such as Conservation International and The Nature Conservancy and funding partners such as Margaret A. Cargill Philanthropies who understood the need to take a slow, deliberate, thoughtful, and community focused approach to marine conservation.

Because of that, the future of communities I visited is brighter today than it was 15 years ago. 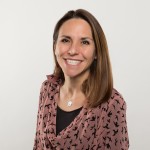