Toward a Sea Change in Indonesia's Fisheries

Every morning throughout the vast Indonesian archipelago, millions of fishermen head out to sea in small boats – many without motors – to make a living and feed their families.

They sustain themselves on a bounty drawn from waters rich in marine biodiversity.

Few other fisheries on the planet benefit as much from nature’s abundance than Indonesia, a nation with more than 12,800 coastal villages and the second longest coastline in the world. Within Indonesia’s complex of 17,500 islands, powerful currents from the Pacific Ocean, the Indian Ocean and the South China Sea collide to create ideal habitat for tuna, blue swimming crab and more than 120 species of snapper and grouper.

Over the past decade, we have worked with partners in Indonesia to create a world-class network of marine protected areas in Indonesia’s waters – notably in the Bird’s Head Seascape, one of the planet’s most pristine and ecologically important places.

These areas help rebuild fish stocks and maintain a vibrant seafood industry by prohibiting non-residents from fishing and requiring local fishermen to follow strict rules regarding when and how they fish. 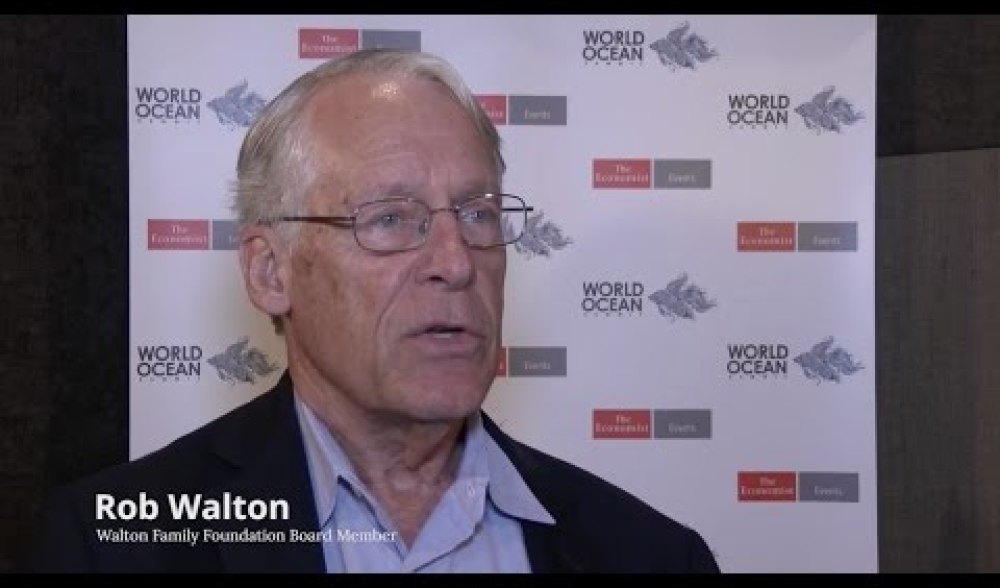 Now our oceans conservation work in Indonesia is entering an important new phase. Last month in Bali, we announced a five-year strategy to ensure Indonesia’s oceans remain healthy and its seafood industry continues to thrive, through the adoption of scientifically-sound, sustainable fishing practices.

The foundation is investing $32 million to support policies that support management reforms for a select number of economically and socially important fisheries. We’ll also work to strengthen regulations and governance of the industry and support national efforts to crack down on illegal fishing.

More importantly, we are investing in partnerships with local communities that benefit from smart fisheries management. These are the same small-scale fishermen who suffer the most from illegal, unreported and unregulated fishing.

Among the projects we’re supporting is a thoughtful co-management system for blue swimming crab fisheries in the Java Sea.

This project, led by Environmental Defense Fund, Starling Resources and Sustainable Fisheries Partnership is endorsed by the Indonesian government. It is attempting to establish a committee responsible for setting management measures for the fishery, including implementing size limits and gear modifications to make the fishery more sustainable.

Local fishermen will participate along with regency and provincial level government leaders, civil society representatives and fishing businesses that export blue swimming crab to the United States and other countries.

“Sustainability is about achieving a healthy environment and a healthy economy,” Rob Walton, who chairs the foundation’s environment program committee, said at the Economist World Ocean Summit in Bali, where the strategy was announced. “Business and conservation are not separate worlds. In fact, they depend on each other.”

Our work in Indonesia is part of our larger commitment to healthy oceans that includes the United States, Mexico, Peru and Chile.

It is guided by a few core beliefs. First, we believe conservation solutions that make economic sense stand the test of time. Second, we believe that conservation should benefit nature and people. Third, we believe in collaboration and creating partnerships among conservation, business and local communities.

We know from efforts to rebuild United States’ fisheries that problems only get solved when the people who cast nets, or drop lines and hooks, into the ocean are leading reforms. Because America’s fishermen and women committed to setting sustainable fishing limits, overfishing in the U.S. is on the decline, revenues are rising and several depleted stocks are rebounding.

In Indonesia, the stakes are high. The country’s ranked second in the world in wild capture in 2014 and exported nearly $5 billion in seafood in 2013. Seafood is the primary source of protein for Indonesia’s 238 million people. More than 9 million jobs depend on a healthy fishery.

But there are opportunities for increased prosperity. Studies have estimated the country’s fishing industry could generate up to $2.3 billion more in annual revenue if its fisheries were sustainably managed.

Indonesia is at an important inflection point in the management of its fisheries, which are all considered fully exploited or overexploited.

Will it continue to fish hard and drive down fish stocks, squandering a key natural resource? Or will it truly embrace sustainable management as the way to ensure the long-term economic and ecological health of its fishing resources?

Indonesia’s current fisheries minister, Susi Pudjiastuti, has developed an ambitious strategy for improving fisheries science and management and cracking down on foreign illegal fishing. This approach indicates that the country’s current leadership is embracing sustainability.

The foundation is ready to support those efforts.

As Rob Walton said in Indonesia, our work is about "leaving the world a better place than where we found it for our children, our grandchildren and future generations.”