My Moment of Clarity on the Need for Innovation in Education

If we fail to improve our K-12 system, we limit opportunity for millions of students.

I grew up in an ethnic neighborhood in Cleveland, Ohio —an Italian community surrounded by several other ethnic groups. I was always interested in the similarities and differences that were part of that environment.

And as I grew older—through high school and early college—I wondered about how young people came to develop their values, their identity, their moral and ethical selves.

I learned there were some basic institutions that helped do this: family, school, neighborhood, religion. I ended up studying these “anchor” institutions. Eventually, I became focused on education as it became part of Lyndon Johnson’s “Great Society” programs to eliminate poverty and advance racial justice.

I believe every young person has the right to an education that sets himself or herself up for future success and opportunity. It all starts in schools. That’s where kids develop the knowledge, skills, attitudes and values they need. Schools lay the educational, personal and character foundation for the rest of their lives.

It’s been clear for a long time we need significant improvement and innovation in our K-12 system. It wasn’t serving all kids and giving them an opportunity to reach their full potential. This was especially true of those young people living in communities that suffered from neglect. But these communities always struck me as having a strong set of assets on which to build.

If there was a moment of clarity for me, it came in 1983. President Reagan’s National Commission on Excellence in Education issued a report entitled A Nation At Risk: The Imperative for Educational Reform. The report found that our education results were at best mediocre.

There’s no more urgent issue than getting education right.

There was a real quality problem in K-12 education—young people were not learning what they needed to live, work and compete as educated citizens in our society. The pushback it generated made plain that when a system is confronting the need for fundamental change, it will do anything to survive as is.

There’s no more urgent issue than getting education right. It effects every young person. If we do nothing, many millions of young people will not have access to opportunity and the American dream.

The good news is we have seen improvements. Families and kids have more options today for schools they can attend, as opposed to being told which school they must attend. We have a clearer understanding of what young people must know and do in order to be responsible citizens. Educators are being better prepared for teaching our young people.

I’m optimistic because there are so many people working to solve the problem. The families and students in the K12 world— working to change it so their kids have a shot – they inspire me.

In the Field is a series featuring Walton Family Foundation staff whose commitment and passion for their work is helping create access to opportunity for people and communities.
Comments (1)
Log in to post a comment... 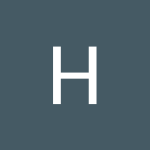 Hilary Sontag December 6, 2019
Bruno, thank you for sharing these insights. I would love to invite you to visit St. Vrain Valley Schools in Colorado, which is nationally recognized for innovating at scale, including awards from the Colorado Technology Association, International Society for Technology in Education, Colorado Succeeds, and Amazon, among many others. We strongly believe that public schools serving students at scale - combining a strong foundational education with unprecedented opportunities for personalized learning and innovation - is the key to our country's advancement.
Recent Stories