Teaching Astrophysics – And Beyond – to Top Science Students in the Delta

The Mississippi Delta ranks among the highest-poverty regions in the country and has long struggled to recruit teachers, particularly in the STEM disciplines.

But in one Holmes County Central High School classroom in an unincorporated part of the region, more than a dozen students gather twice a day for AP Physics.

At the head of the classroom stands teacher Iftikar Azeem. By his side via video, Meg Urry, director of the Yale Center for Astronomy and Astrophysics, is talking black holes and asteroid defense.

The program, the brainchild of the Global Teaching Project and its CEO, Matt Dolan, is part of a pilot that is making Advanced Placement science and math courses available for the first time to many high-achieving Delta students.

“Districts like ours, we struggle with having the capacity to offer certain educational services and high-end courses to our students,” says Dr. Valmadge Towner, superintendent of the Coahoma AHS School District.

In a typical year, Mississippi colleges may produce one physics teacher for its 133,000 public high school students, explains Matt.

“There are bright kids in rural areas who simply aren’t achieving at the level they could be because they don’t have access to the courses they need,” he adds.

As a result, “One of two things happen: They do not aspire to the academic and subsequent career goals they are capable of achieving, or bright students attempt to take rigorous courses in college and are far less equipped than they should be.”

With help from the Walton Family Foundation, the Global Teaching Project and the Mississippi Public School Consortium for Educational Access are bridging that gap by linking world-class educators and tutors with local students and faculty.

As a result of the joint effort, many of the Delta’s most promising science students will have access to AP STEM courses, beginning with the program’s inaugural offering, AP Physics 1.

One such teacher is Iftikar.

“I provide instruction from videos and textbooks to get the concept, and we do hands-on experiments and demonstrations,” he explains.

Iftikar and his colleagues identify students who have the ability to handle the more advanced coursework.

“The students we approach have an aptitude and future career goals. Studying AP Physics is more than just physics, it will help their future prospects with reasoning, comprehension and organizational skills.”

The program also hosts two-week summer intensive programs at Mississippi State and a spring program at the University of Mississippi, where current and aspiring AP students receive immersive math and physics instruction, while also experiencing life at a major university.

It is an essential experience for the region’s most promising students, according to Dr. Evelyn Jossell, superintendent of the Quitman County School District, which is based in Marks, Mississippi. Fifty years ago, Martin Luther King chose to begin his historic mule train to Washington, D.C. in her county—marking the launch of his “poor people’s campaign.”

Today, Evelyn says, “Equity remains an issue in the Delta. We are held to the same educational standards as more affluent areas, but we don’t have the same resources.”

Access to advanced coursework and the taste of university life helps. “I have one young man who wants to be a mechanical engineer, and for a student to choose that career path out of the Delta is unique. It’s opening their horizons to STEM careers that they can be successful in.”

Back in Coahoma, Dr. Valmadge Towner, too, is looking to the future. He grew up on the campus he now oversees. His parents were teachers there, and he lived in the school’s boarding houses, which were built to serve a community predominantly of African-American farm workers.

As the AP offerings expand, he notes, “There are more students interested. The exposure and expectations that go along with courses like this will help students get into college and to get their college education paid for.”

For Matt, the regular interaction with college-age tutors also does far more than help students work through complex equations.

“High school kids look up to college kids. Realizing that these high-achieving college students are just like them—they don’t have two heads and antennae—can be a revelation to a student from rural Mississippi and an inspiration, as well.” 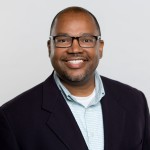