By Identifying and Fostering Innovators, Schools Can Lift Students to Prosperity

K-12 Education
Romy Drucker
Our schools are full of students with the talent to be future leaders. It’s time to provide them more opportunities to flourish.

Let me tell you a story about a girl named Kelis. While she is only in sixth grade, Kelis already an innovator with a social conscience.

When her class had to come up with an idea for a smartphone app, most kids wanted to design games.

This future social entrepreneur wanted instead to develop a digital solution to help the homeless.

That generosity is all the more striking because of the challenges Kelis faces every day.

She’s a caretaker for her younger siblings. Her school sends her home with food because her family does not always have enough to eat.

DPA was founded by Mashea Ashton, a powerful leader who’s been passionate about educational opportunity since the school she attended in kindergarten tried to hold her back. So it’s by design that DPA recognizes innovators like Kelis.

But that’s rare. In this country, talents like Kelis are overwhelmingly likely to be missed.

The hard truths are laid out in a November 2018 study by Alex Bell, Raj Chetty and a team of researchers.

Their study showed students with potential to be America’s next great innovator can be identified in elementary school. They’re everywhere. Yet most won’t grow up to be innovators.

The study found students from families of modest means were 10 times less likely to become innovators than those from the most affluent families.

There were also large gender disparities.

Third-grade math scores predict inventor potential. Girls scored just as well as boys, yet they comprise only 18% of adult inventors.

At current rates, girls will close the gap with boys entirely … in the year 2137.

The researchers found the differences have little to do with innate ability and everything to do with the experiences young people are exposed to at school.

I’m reminded of a line from an inspiring woman, Leila Janah. She grew up a poor immigrant, developed a passion for addressing inequality while attending a charter school, went to Harvard and founded two organizations dedicated to ending global poverty

Leila said: Talent and creativity are equally distributed. Opportunity, not so much.

We’re squandering so much possibility by failing to foster children’s capacity for invention.

Alex Bell, Raj Chetty and their team call it the “Lost Einsteins” problem, though it ought to be the lost Yvonne Brills problem, or the lost Katharine Johnsons problem.

That lost potential is a big deal – for families and for our country. At the Walton Family Foundation, we’re optimistic about what can happen when we realize more of this nation’s talent. Increasingly, we’re asking, 'What helps children achieve not just an academically solid education, but a path to an economically vital life?'

As an entrepreneur and public charter school board chair, I know the best solutions lie with those closest to the challenge – with the educators and school leaders who every day connect students with their future potential.

The study estimates that if students like Kelis went on to invent at the same rate as affluent boys, “the rate of innovation in America would quadruple.”

Imagine what that could mean: the cure for cancer we might find, the clean energy source we might discover, the lab we’d build on Mars.

Imagine what it would mean if more kids like Kelis were able to cultivate their innate brilliance.

Imagine what it would mean to the nation’s prosperity, and how people share in that prosperity.

Economic mobility – the idea that hard work and talent can lift people to prosperity – is in trouble. Schools must be part of the solution.

We need to create a different, more ambitious vision for our kids. We need to start seeing our students as future leaders and innovators – as individuals who can draw so much joy from learning that they’ll want to savor it their whole lives.

School should be about helping children build a path to a good life.

It’s a vision that speaks to the ultimate goals that schools can achieve. And it’s one where public charter schools must continue to lead.

The fundamental genius of charter schools is this: They don’t look at what schools are today, and iterate; instead, they look at what children need, and invent. It’s about entrepreneurial drive, not bureaucratic imperative.

Since 1997, the Walton Family Foundation has provided more than $400 million to help 2,354 charter schools open their doors.

Every day, we are working to figure out how we can serve children better. We’re asking how we can support schools in increasing economic mobility and equipping students to be life-long leaders, inventors and learners.

Kids like Kelis have all the promise in the world – but they need a school and a community where their promise can flourish.

This post was adapted from a speech given by the author at the National Charter Schools Conference in July 2019. 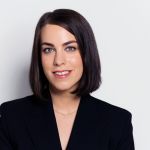