Turning Educational Adversity into an Opportunity for Social Change

I will always remember eighth grade.

My final year of middle school was filled with new experiences and challenges – from Zoom calls to virtual learning to not seeing my friends as often.

Despite some of these difficulties, the year was also filled with some amazing achievements that helped me and my classmates grow and better understand the world around us. I am thinking particularly of our “Change the Name” campaign.

At Village Leadership Academy in Chicago, every student participates in a Grassroots Campaign (GRC). Students are asked to choose a problem impacting their community and then work collaboratively with their teachers for a year to enact positive change.

In essence, we become student activists and learn that our voices and actions are important. Last year, some classes focused community littering while others, like my brother’s class, decided to launch an anti-smoking campaign. My class continued our work to rename a public park in Chicago’s North Lawndale community – a campaign effort that began in 2017.

In our fifth-grade year, we learned that the 173-acre park, which is located in a predominantly Black community, was named after a slavery sympathist whose family gained their wealth through the forced labor of enslaved Black people. Not only did it feel like an injustice that this park was named to honor such a figure, it also felt very insulting. No public parks should be named after slave owners.

We carried the campaign torch forward with neighborhood canvassing, signature petitions, community teach-ins and multiple public presentations to the Chicago Park District Board of Directors. Over three years, we endured many false promises and frustrating moments, but continued to work strategically, ultimately securing more than 5,000 signatures with the help and support of our school and various community organizations across the city. 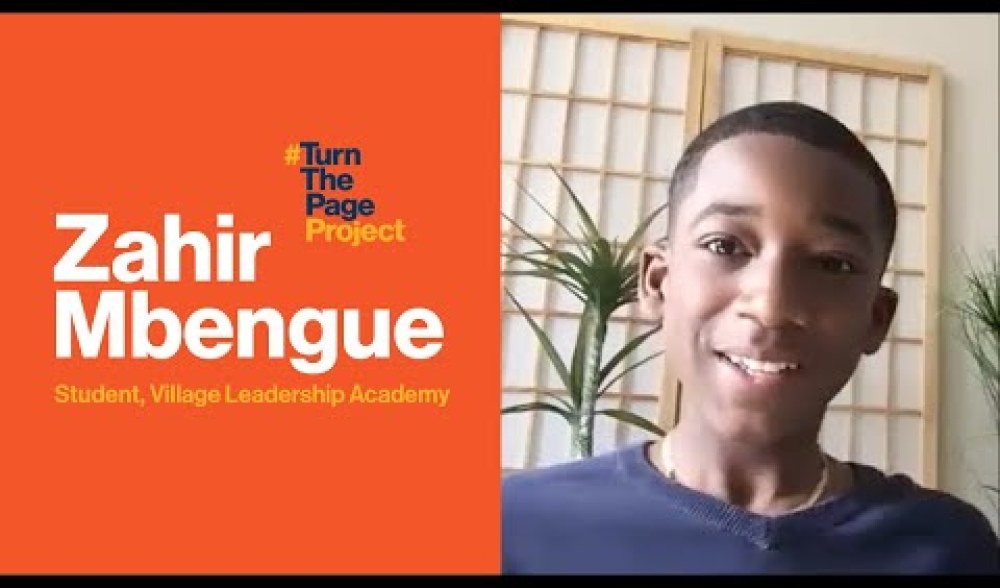 Student Activist Fights for Social Justice
Zahir Mbengue and his classmates campaigned to change the name of a Chicago park that honored a slave owner.

Because of our research and persistence, the Chicago Park District Board of Commissioners eventually held a special vote to to rename the park to honor famed abolitionists Anna and Frederick Douglass. The vote passed. Our success in changing the park’s name was a sweet (and historical) victory. Our class and our community are better for it.

What we learned during our campaign is to believe that change can happen and obstacles can be overcome regardless of a person’s age and/or background.

To help us develop sustained resilience in the face of opposition, we participated in something we called rejection circles. Each of us practiced explaining the purpose of our campaign, while our peers would challenge us with reasons why the campaign wouldn’t be successful, or provide opposing opinions.

The intention wasn’t to make others feel bad but to prepare them for the battle to change the park’s name. These rejection circles were very effective. They taught us to have conviction, motivated us to work strategically and reminded us that we would receive pushback from people in power. Ultimately, this preparation helped remove doubts for those who didn’t truly believe they had the power to make change.

I want to keep making a positive difference in the world.

The “Change the Name” campaign was successful because students as young as 10 felt passionately about their community, went out to talk with strangers, asked for their support, believed in themselves and were supported by committed adult educators working beside them. And we were prepared for potential barriers and began to understand our power as a collective.

We’re often reminded of a Nelson Mandela quote at Village Leadership Academy: “Education is the most powerful tool which you can use to change the world.”

Now that we’re back in school in person, I want to keep making a positive difference in the world. One of the most valuable lessons I’ve learned from the grassroots campaign experience is the importance of conviction, fighting for your principles, and standing on the right side of history. I hope these lessons and experiences will be the building blocks for achieving my goal of becoming an attorney who continues to make a difference.

I think anyone can do anything they set their mind to as long as they put in the right effort and that each of us is destined for greatness. These thoughts keep me motivated. It is also our responsibility to inspire each other.

Given where we are currently as a nation, I think many others would benefit from a rejection circle – it forces you to understand varying perspectives, define your position and take a stand.

Zahir Mbengue is a Chicago student featured in the #TurnThePageProject, which explores the future of education.