Building on the Momentum from COP26

In 2015, I traveled to Paris for the United Nations Climate Change Conference to advocate for global action to protect the planet. It wasn’t an easy trip to make. At the time, my daughter was nearly one year old and I would be gone until just days before her first birthday.

During that historic session, the world came together to craft the groundbreaking Paris Agreement – a deal designed to unite the world around the challenge of climate change. To me, that was the most important birthday present I could offer my daughter – a commitment to a world in which nations and communities were focused on a better, safer, more sustainable future.

In the years since, I have had some optimistic days and some pessimistic days about the world that my daughter will inherit. Sometimes it feels like we are not much closer to a coordinated international response. At other times, I think we’re on the precipice of transformative change. And during every climate conference since, I have thought about the impact of this work on my daughter’s future and the need to move quickly in order to create essential and durable change.

This year’s United Nations Climate Change Conference in Glasgow – COP26 – brought some important progress. Nearly 200 countries made an unprecedented and historic pledge to hasten the end of fossil fuel subsidies and decrease their use of coal, drawing down some of the most damaging contributors to climate change.

The conference showed a greater focus on water than ever before – recognizing the vital role that water plays not only in our lives and livelihoods, but as the tip of the spear for climate impact. Participants also sought a more inclusive approach, paying more active attention to indigenous populations and affected communities that are too often left out and left behind even as they face climate change’s most harmful effects.

Those are critical steps forward that will help improve our approach to climate change. But perhaps the most important success is that COP26 happened at all.

It’s vital that national and international leaders make concerted efforts to prevent the crisis from worsening and adapt to its most immediate effects.

The most acute impacts of climate change are felt by people in states and local communities that endure the fallout and incure the damage from floods, droughts, fires and other environmental crises. Those communities closest to the problem are also closest to the solutions. Conferences like COP26 that produce overarching agreements between nations allow leaders to return home and take targeted steps to combat climate change in the knowledge that they are part of a global movement: that their actions will not leave them economically isolated and strategically exposed.

It’s vital that national and international leaders make concerted efforts to prevent the crisis from worsening and adapt to its most immediate effects. Their efforts provide critical support for the kind of widespread, tangible, immediate steps our communities need and deserve. If we are to take advantage of their momentum and this moment, we must take actions ourselves in the places where they will do the most good.

At the Walton Family Foundation, we’re committed to collaborating with individuals, communities and organizations that feel the impacts of climate change firsthand and are in the best position to make meaningful progress.

That means maximizing the contribution that water can make in areas from sustainable fishing to smart agriculture to fire and drought management – working to mitigate climate change even as we adapt to climate effects that are already all too real. It means emphasizing natural solutions by promoting ecological forest management that protects water supplies, communities and wildlife; reconnecting floodplains to rivers in order to provide clean water supplies, nutrient-rich sediment and floodwater regulation; and investing in beaver-based restoration that re-establishes refuges for wildlife and natural firebreaks. And it means working with local communities, from individual farmers and fisheries to tribal communities on the front lines of the climate fight, in order to spur necessary and tangible action.

There is no doubt that international conversations and agreements on climate change are essential in order to make broad, effective change – but if we are going to feel that change here, on the ground, local communities must lead the way. 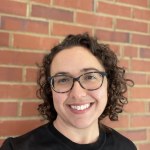