How do you convince an industry that controls the most valuable food commodity on Earth to prioritize conservation?

It’s a question the Oceans team at the Walton Family Foundation has asked itself for nearly 20 years, as we’ve worked to increase the proportion of globally-consumed seafood that comes from well-managed, sustainable fisheries.

Since 2007, the foundation has invested $113 million in a markets-based answer: enabling a steady and sustainable supply of responsible catch, creating and scaling buyer demand and enacting policy changes to protect both.

When all three come together, they can build a self-motivated and self-sustaining global market.

This strategy — through partnerships with 229 organizations worldwide — has significantly helped to rebuild fisheries from Indonesia to South America to the U.S. West Coast. The foundation's commitment reflects one of our core values — to be steady in our focused approach to creating lasting change.

This work has taken years to gain mainstream acceptance, particularly among the fishers whose livelihoods have historically operated on razor-thin margins.

With continued action, we believe that restoring global fisheries can be the sustainability success story of the 21st century.

Back when the foundation began promoting sustainable fisheries, walking the floor of the North American Seafood Expo in Boston, Massachusetts, was an exercise in humility. The seafood industry considered listening to the pitch about sustainability a cost incurred to get conservation groups off their backs.

But through persistent effort, what was once a cost to producers, processors and buyers became an obvious and fundamental truth: The industry cannot thrive if there aren’t enough fish in the ocean.

Take, for example, the jumbo flying squid, which gather in groups—or shoals—of up to 1,200 in the Humboldt Current off the western coast off South America.

The “diablo rojo,” as the nocturnal marine predator is known, grow up to eight feet long in their two-year lifespan, making them a rapidly renewable food resource for the local communities that rely on this catch for their livelihood, and an international market hungry for the seafood staple.

To protect the fishery, the foundation supported solutions from both ends of the supply chain, along with policy changes to protect the efforts of each.

Through the formation of CALAMASUR, the Committee for the Sustainable Management of the Southern Pacific Jumbo Flying Squid, Peruvian, Chilean and Ecuadorian fishing fleets, squid processors and researchers were educated on the threat and now advocate for better catch and vessel monitoring at the governmental level.

In Spain, Europe’s largest importer of jumbo squid and the top consumer of seafood in the European Union, WFF and the Sustainable Fisheries Partnership worked with the continent’s largest retailers to establish certification measures and commitments from large buyers to purchase sustainable squid.

And in January, the South Pacific Regional Fisheries Management Organization will enact the first steps toward establishing a conservation agreement between countries for sustainably fishing jumbo squid on the high seas, requiring data gathering and additional needed scientific study of the squid.

These combined measures have produced real change. In 2019, just one year after CALAMASUR’s founding, global watchdog groups reported an almost 20% jump in global jumbo squid volume that can now be classified as sustainable or improving toward sustainability.

“The fishermen are more conscious of protecting this resource and now understand the benefits of permitting and other safeguards,” says Alfonso Miranda, executive director of CALAMASUR.

The squid are one of a number of global species whose stocks were once threatened but have rebounded through the efforts of the foundation and our partners.

In Oregon, foundation-supported work benefits both the fishermen and the fishery. In the 1990s, several iconic fisheries collapsed. Through intervention and education, groundfish revenues jumped more than 20% in the past eight years. The number of species once considered overfished fell by more than 70%.

The foundation has also made strides in Indonesia, where one in six of the world’s tuna are caught. In 2013, there was almost no management of the fishery. But through steady commitment, the country now has an industry association and tuna management plan in place, and developed a Fair Trade-certified fishery that has delivered hundreds of thousands of dollars back to small scale fishing communities.

To accomplish work on a global scale, the foundation has supported the education and organization of suppliers through the establishment of groups like North America’s Sea Pact and COMEPESCA, and the South Pacific’s CALAMASUR. Worldwide, the number of fisheries receiving Marine Stewardship Council certification — a coveted designation that drives demand among consumers — grew from 25 to 38 in just five years.

Since 2009, the amount of seafood caught sustainably grew from 2.4 million tons to 11 million tons and represents 12% of global catch.

On the demand side, more than 90% of North American retailers now have made public sustainable sourcing commitments. In the last three years, four of Japan’s largest suppliers made similar commitments. We are also helping large retailers and individual consumers make smarter choices by supporting online platforms like the nonprofit FishChoice and Seafood Watch.

And on policy, the United States and Europe have closed their doors to illegal, underreported and unregulated catch, sending a clear signal to producers and governments that sustainable practices matter to their bottom line. Japan is expected to follow suit in 2021.

These are just a few examples of the progress made so far. Make no mistake, the ultimate goal of restoring global fisheries is as immense is it is complicated, and our work continues.

To witness the transformation at hand, one need look no further than next spring’s North American Seafood Expo. When we walk the floor, sustainability won’t just be a buzzword, it’s now an integral part of running a modern seafood business. 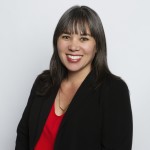 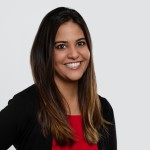 Rooted in Opportunity is a series of stories that focuses on the foundation's five core values. These are the stories that inspire us and give us hope.
Comments
Log in to post a comment...
Recent Stories